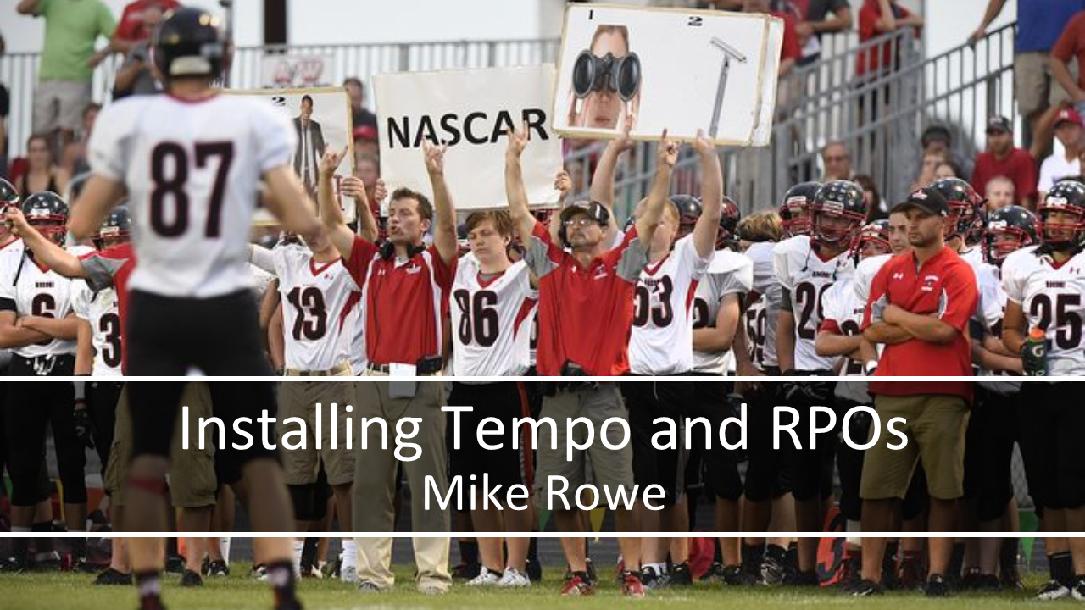 This is a systematic approach on how the Rocori Spartans run their No-Huddle Offense that averages 85 plays a game. In this course you will learn how to incorporate different types of tempo into your offense. From there, the course dives into practice drills and game film to help you become a faster play caller.

In the second part of the course you will learn how we teach our one receiver route reading concepts and tie them to our RPOs. In the last part we will look at backer read RPOs, and how to teach and run them effectively with tempo. As a bonus you will also receive a copy of my FNF article that talks about Quarterback Counter Tre and RPO tags to install.

For the past seven years Mike Rowe has been an active member of the ROCORI School District, working as a third-grade teacher and head coach of the Spartans Football program. Under Coach Rowe ROCORI high school has won two conference titles, four section championships, and appeared in the state playoff in 2011, 2014, 2015, 2106, and 2017. In 2011 the Spartans won their first-ever State Football Championship. Coach Rowe has been an advocate for developing character in his athletes and in 2014 the NFL featured him in a video that aimed to stop domestic violence and dating violence. Prior to taking over the Spartans Football program Mike Rowe was coaching college football at Central Lakes College, Minot State, and St. Cloud State. Mike has been involved in the NFL High School Player Development Camps for the last three years, and is married to wife Elisabeth, with whom he has three children Avery, Ainsley, and Grayson.