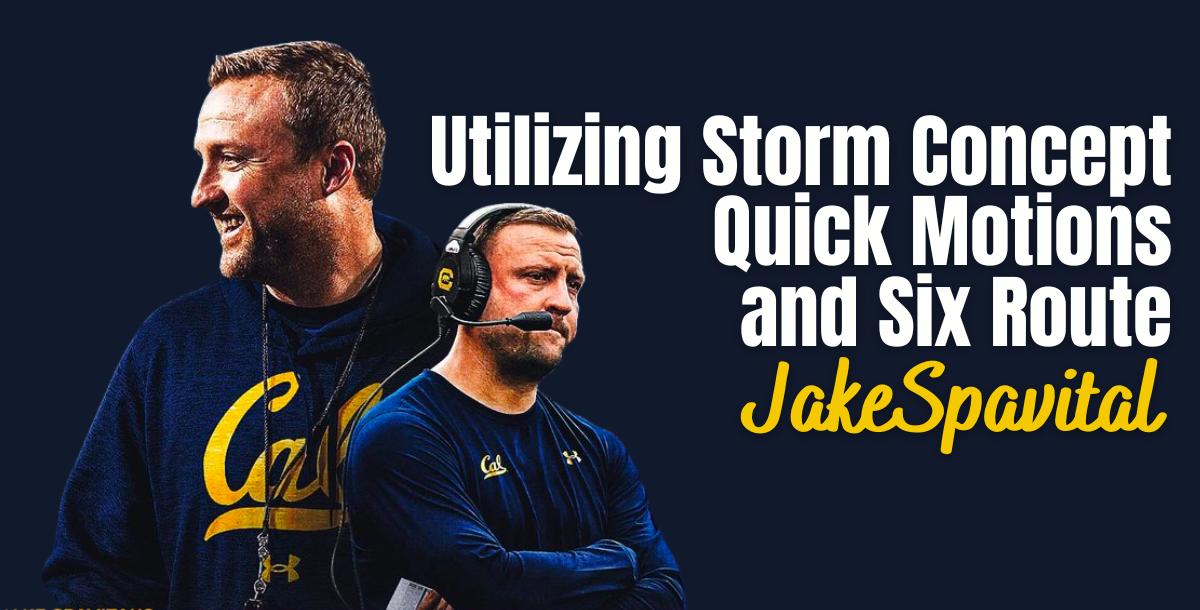 Ever wonder what It would be like to get to pick the brains of an elite offensive innovator like Coach Jake Spavital?

Listen in as Coach Spavital shares his most efficient  X and O's concept that helped the Mountaineers Offense dominate again last season.

How does he do it?

Coach Spavital is all about Game Efficiency

Last your he was the Offensive Coordinator at West Virginia, one of the top offensive teams in the country.

Prior to his return to West Virginia, Coach Spavital served as the offensive coordinator and quarterbacks coach under head coach Sonny Dykes at California during the 2016 season. He guided the Golden Bears to a top-25 national ranking in eight different categories, including No. 4 in passing offense (358.8 yards per game), No. 8 in first down offense (335), No. 10 in total offense (518.3 yards per game) and No. 22 in scoring offense (37.1 points per game). Cal established single-season school records for pass completions (383), fewest fumbles lost (3) and fewest turnovers (15), while equaling a school mark for most field goals made (22). The Golden Bears set NCAA FBS single game records with 118 plays and 40 first downs in a 52-49 double overtime win over Oregon.

Cal Quarterback Davis Webb earned Athlon’s Pac-12 Newcomer of the Year honors after passing for 4,295 yards and 37 touchdowns that season. He ranked No. 3 nationally in completions and points responsible for, No. 4 in total yards, No. 5 in passing yards and No. 8 in passing touchdowns.

Prior to Cal, Spavital spent three years as offensive coordinator and quarterbacks coach under head coach Kevin Sumlin at Texas A&M from 2013-15. He shared play-calling duties during the 2013 season before earning full responsibility from 2014-15. The Aggies enjoyed a 25-14 record during Spavital’s three-year stint, including 8-5 marks in his final two years as the offensive coordinator.

In 2013, the Aggies set single-season SEC and school records with 4,593 passing yards and had 6,999 total yards of offense to rank No. 2 in SEC and Texas A&M history, No. 4 nationally in total offense (538.4) and No. 7 in passing offense (353.3). The Aggies broke the school record for completion percentage by connecting on 69.3 percent of their passes and finished No. 3 in SEC history. Quarterback Johnny Manziel threw 37 touchdown passes, tying for No. 4 in the nation, while passing for 4,114 yards, ranking No. 8 nationally.

Clinic presentation at Texas coaching school. Coach Spavital really shares some good stuff about the vertical passing game. Really enjoyed his double move concept and the liberty he gives his players in making these adjustments on the fly.

Great breakdown of Y-Storm concept and different variations off of it. As well as down and distance, motion usage and checks off of it.

Great breakdown of Y-Storm concept and different variations off of it. As well as down and distance, motion usage and checks off of it.