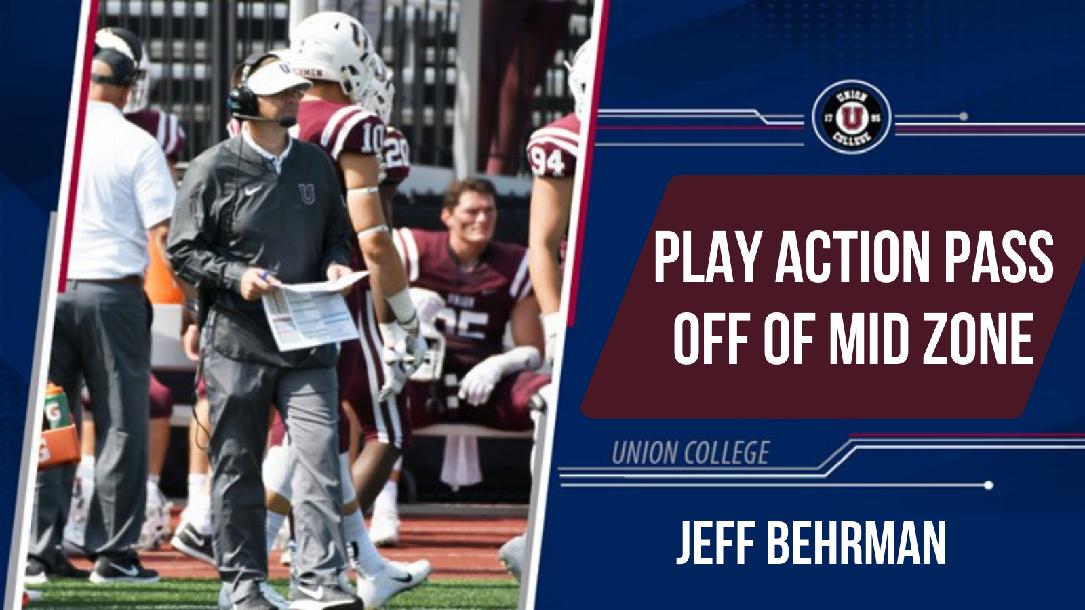 Union Head Coach, Jeff Behrman, teaches their play action passes off the middle zone and what works best against it for both plays and protections.

Jeff Behrman finished his fourth season as head coach of the Union College football team in 2019 and in a very short time has completely rebuilt the program into one of the top teams in the region and the country. Behrman came to Schenectady after 10 seasons at Stony Brook University, serving as the Offensive Coordinator/Quarterbacks Coach by the end of his tenure.  Trinity (Conn.) College (2000-01, 2004-05): In his final two years as the offensive coordinator and quarterbacks coach, he helped the Bantams to back-to-back undefeated seasons (8-0). Hofstra University (2002-03): Coached the wide receivers for the Division I Pride. Blackburn College (1999): Served as offensive coordinator while directing the quarterbacks, receivers, tight ends and running backs. The Beavers set 14 individual offensive records and 27 team offensive marks during the season. Glenville State College (1997-98): Receivers and tight ends coach as well as recruiting, academic and compliance coordinator. Coached an All-American receiver who led NCAA Division II in receptions and yards per game in 1997. Clarion University (1996): Graduate assistant wide receivers and tight ends coach at the Division II school.