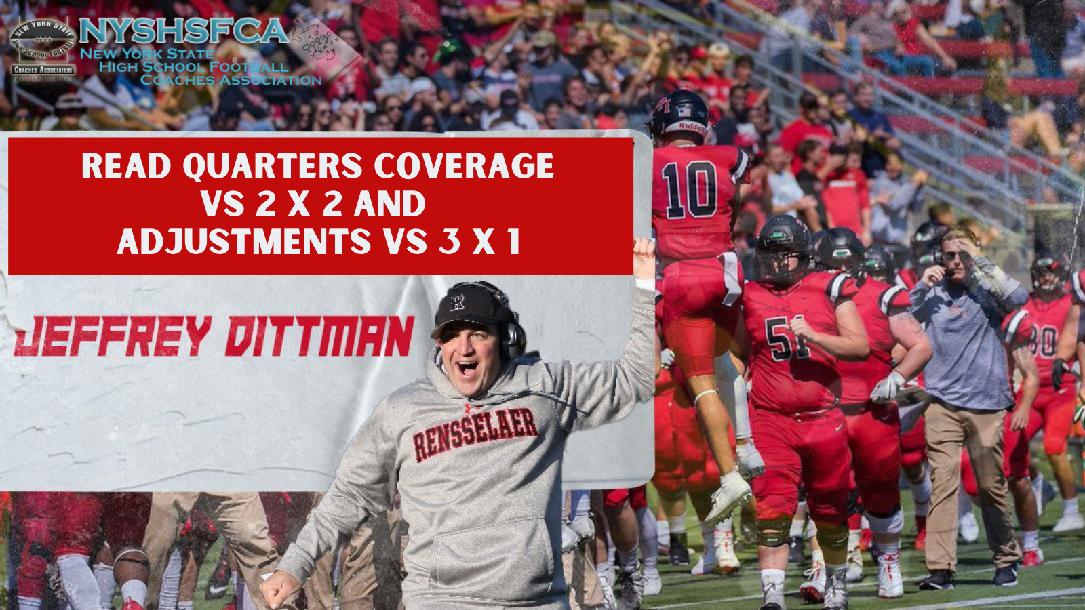 Coach Jeff Dittman returned to the Rensselaer Polytechnic Institute Engineers in 2016 as the special team's coordinator and defensive backs coach and was later promoted to defensive coordinator and recruiting coordinator. With his return, he has helped the Engineers acquire two Liberty League titles and post-season appearances.

Prior to coming back to Troy, Coach Dittman served at the University of Albany as the director of football operations, special teams coordinator, and defensive assistant for 3 years.

From July 2011 to June 2013, when he was originally with the Engineers, Dittman worked with the defensive line, special teams, and defensive backs. He also worked with the athletes on things like stances and techniques.

Dittman spent three seasons at St. Lawrence, where he helped the Saints to the 2010 Liberty League title and NCAA Tournament as the linebackers (1 year) and defensive line (2 years) coach.