Jeff Gallo - Building the TE from the Ground Up 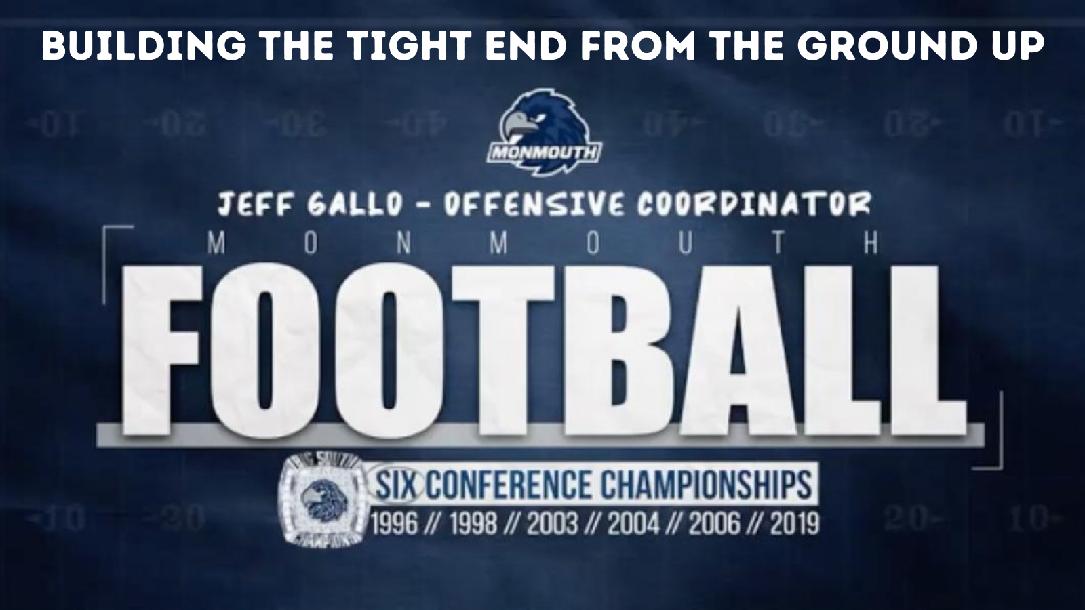 In this course Coach Jeff Gallo illustratess how he trains TE's at Monmouth. Coach Gallo starts the clinic showing the traits necessary to being a TE at Monmouth. He further explains fundamentals for the run game, pass game, and striking. Coach Gallo also gives a detailed presentation on the types of blocks executed by Monmouth TE's.

Coach Jeff Gallo currently serves as the Offensive Coordinator and TE Coach at Monmouth University. A 2005 graduate of Monmouth, where he played offensive tackle, Coach Gallo has served the last 16 years at his alma mater. In Monmouth's most recent season of play in 2019, the team won the Big South Championship and advanced to the second round of the FCS tournament. Coach Gallo has coached all-conference TE's in eight of the last twelve seasons and has coached two NFL TE's, including John Nalbone who was a 5th round pick in the 2009 NFL Draft.

Information is fantastic and easy to teach. Cues are easy to understand and apply to the various blocks/ releases needed.

Coach Gallo does a great job focusing on the details of footwork, hand placement, and eye location in this course. Great and simple drills that you can incorporate in practice.