Football / Drills Send as a gift! 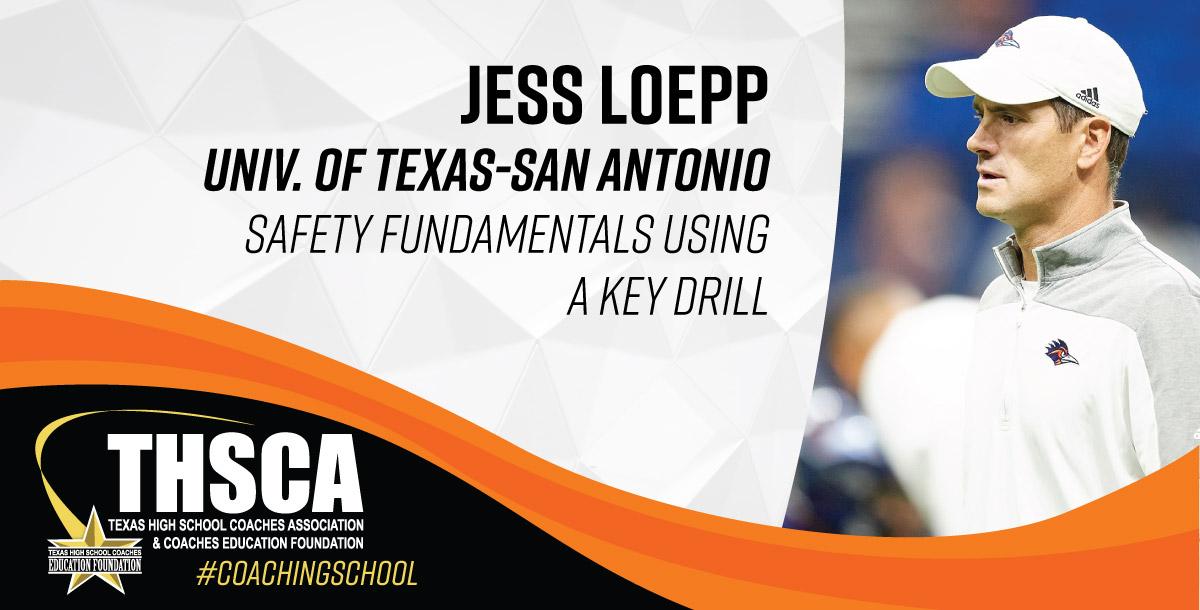 Jess Loepp is in his third season as a member of UTSA's defensive coaching staff. He was promoted to co-defensive coordinator in January 2021 after serving as recruiting coordinator and safeties coach in his first year with the Roadrunners.

The defense helped UTSA to a 12-2 record in 2021, the most wins and best winning percentage (.857) in program history. The Roadrunners won their first conference title with a 49-41 victory over WKU in the C-USA Championship Game, were nationally ranked (as high as No. 15) for the first time and made their second straight and third overall bowl appearance when they met San Diego State in the Tropical Smoothie Cafe Frisco Bowl.

Loepp helped guide UTSA to several single-game program records in 2021. The Roadrunners posted the first two shutouts in school history with a 54-0 rout of Lamar and a 45-0 blanking of Rice in which UTSA limited the Owls to 102 total yards, the fewest allowed in a game. For the season, the defense held four opponents to fewer than 200 yards. Seven teams failed to gain 100 yards on the ground and three offenses posted 52 or fewer passing yards against the Roadrunners.

Loepp attended the University of Central Oklahoma and was an All-Lone Star Conference performer at linebacker. He helped UCO win league titles in 1998 and '99.

A native of Turpin, Okla., he earned his bachelor's degree at UCO in 2000 and completed his graduate work at Tulsa in 2005.

He and his wife, Kelly Lynn, have two sons, Easton and Brooks.