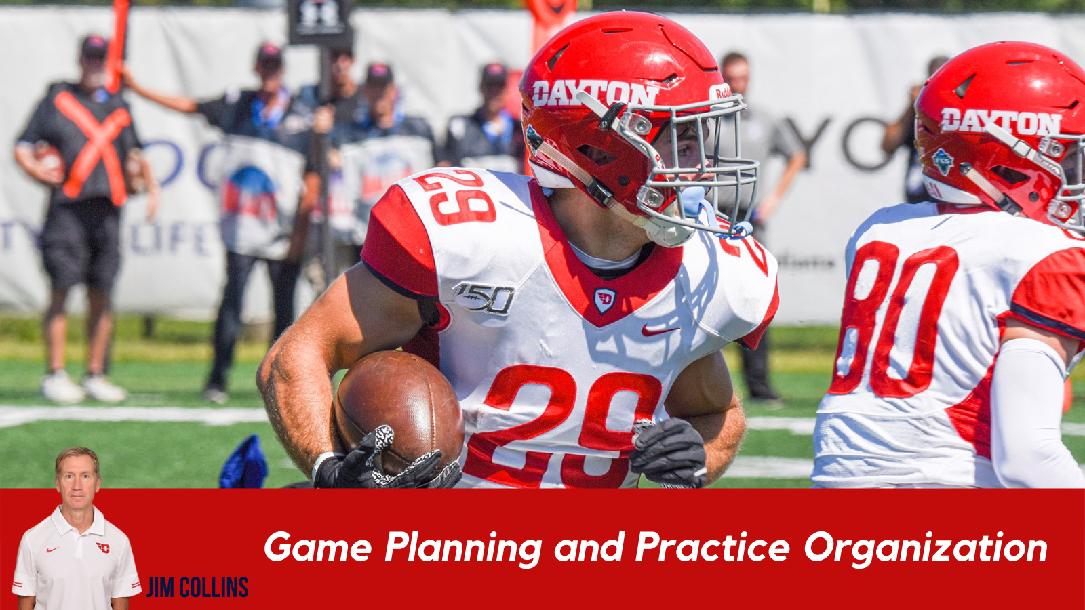 In this course, Dayton Offensive Coordniator and QB Coach Jim Collins, dives into how he plans the Flyers game and practice schedule.

Collins was most recently at Army West Point (2019) where he was the Director of Player Personnel.