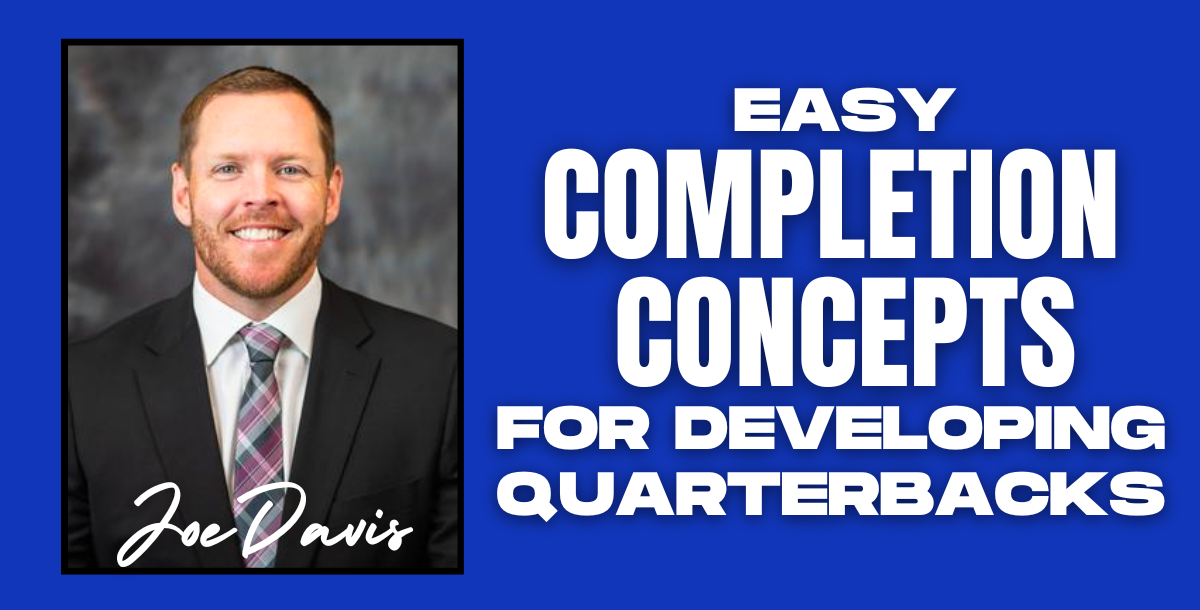 In this course, Coach Joe Davis discusses easy completion concepts for building confidence in young quarterbacks and developing their abilities. Coach Davis starts the clinic by discussing how he manages his Quarterback room. He talks about the mission statement of his position room and the process he puts the Quarterbacks through to develop them both on a game by game basis and overall. After his introductory slides, Coach Davis highlights several passing concepts that can be used to start drives and boost the confidence of a young Quarterback. He uses both pass drawings and film from a variety of different formations and looks to highlight his selected concepts.

Coach Davis just completed his third fall as the Offensive Coordinator and Quarterbacks Coach at the University at Albany. In his last season on the field, Coach Davis' offense saw redshirt-freshman Jeff Undercuffler throw for a freshman FCS record, UAlbany record, and FCS-leading 41 TD passes. The Great Danes averaged 31.4 points per game and gained 387.8 yards per game. Coach Davis came to Albany from Fordham where he served for two seasons as the Pass Game Coordinator and Quarterbacks Coach. Davis has also served as an offensive coordinator during stops at Northern Iowa (2015), Shippensburg University (2013-14), Wheaton College (2009-12), and North Park University (2006-08).

Coach Davis talks through each concept on film. He also goes into depth on organizing the QB room, standards in note-taking, and metrics for QB accountability. Excellent teacher. All Lauren's First and Goal Clinics have been great. Coach Davis believes that most schools run the same concepts -- separation comes in teaching and installation. I'll be on the look-out for his other clinics. 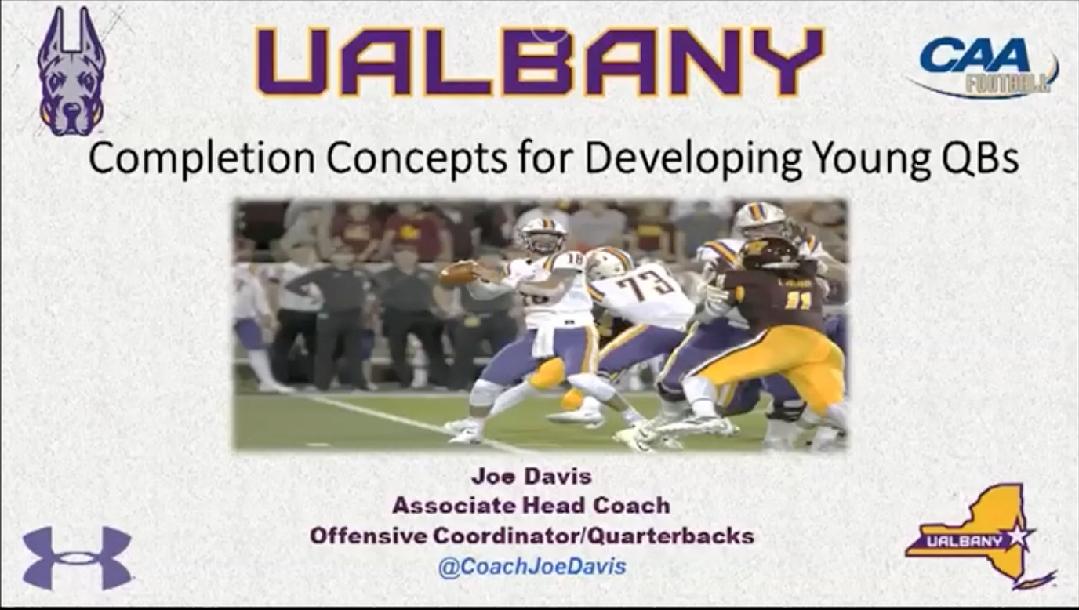