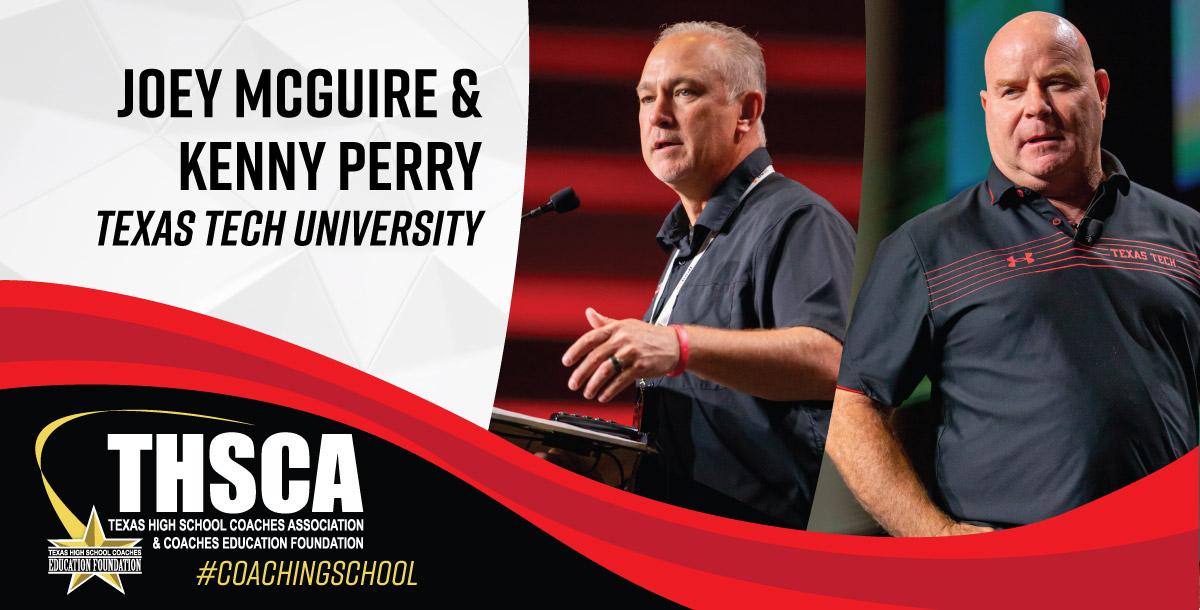 Joey McGuire enters his first season leading the scarlet and black after being named the 17th head coach in Texas Tech history on Nov. 9, 2021. McGuire, a 2020 inductee into the Texas High School Coaches Association Hall of Honor and 2022 member of the Texas High School Football Hall of Fame, brings extensive ties to the state of Texas, already establishing Texas Tech as the unofficial home to the Texas High School Coaches Association (THSCA). McGuire was hired at Texas Tech following five seasons building Baylor into a Big 12 title contender and 14 years as the head coach of Cedar Hill High School. Over that time, he took a Cedar Hill program that hadn’t won a playoff game prior to his tenure and led the Longhorns to 12-consecutive playoff appearances and three state championships, including back-to-back titles in 2013 and 2014.

No stranger to the state of Texas, Kenny Perry became one of the first hires to Joey McGuire's charter staff at Texas Tech as he was named associate head coach immediately following the 2021 season. Perry, who will oversee the Red Raider special teams and running backs, brings a similar background as McGuire as both were successful head coaches in the Dallas-Fort Worth metroplex before joining the collegiate ranks. Perry experienced successful runs as the head coach at Sam Houston, Haltom City and Arlington Bowie, compiling a 67-22 record during his seven seasons at Bowie alone. He joined the collegiate ranks from there with stops at TCU, Kansas, and SMU.