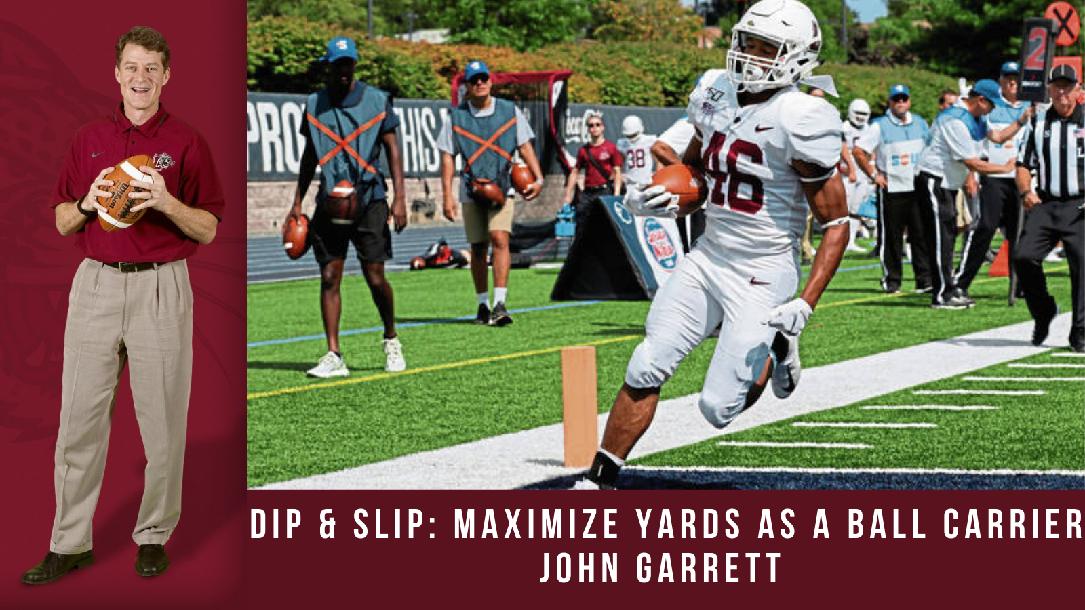 John Garrett, Florida State Director of Scouting - Offense, goes into great detail about the dip and slip technique for all ball carriers. He breaks down game film to improve technique. his applies for the receiver group in many situations.  Coach also covers how to set up blocks on reverses. This is an invaluable skill for creating more RAC and explosive opportunities.

Prior to arriving at Lafayette, Garrett was the offensive coordinator and quarterbacks coach at the University of Richmond for the 2016 season, helping lead the Spiders to the NCAA FCS Playoff quarterfinals.  Garrett's pro-style passing offense led the CAA. His most recent NFL coaching assignment was in 2013 as the wide receivers coach with the Tampa Bay Buccaneers. He was also on the staff for the Dallas Cowboys. Garrett was the Cowboys' tight ends coach for six years and the passing game coordinator for the final two seasons.