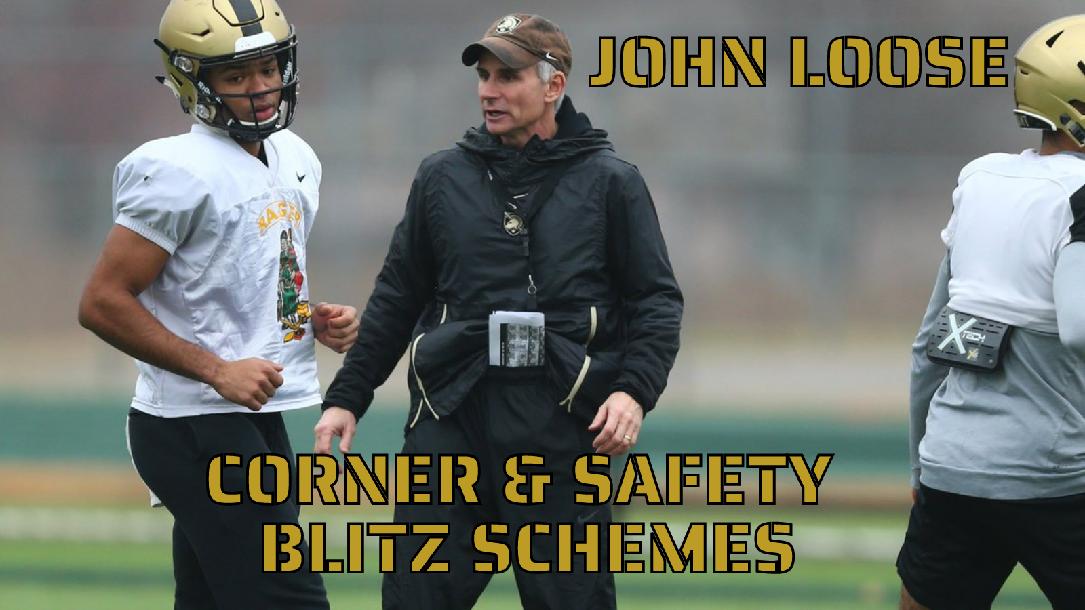 Most protection schemes account for the box players, so why not bring pressure from places that are not first in their thought process.  Army defensive assistant and associate head coach John Loose teaches the secondary blitzes that can hit the offense from where they least expect it.

John Loose is in his second stint with the Army West Point football program and enters his 15th season overall in 2020 on the Banks of the Hudson. Following the 2019 season, he was elevated to assistant head coach. Loose, who was the team's defensive coordinator in 2019, will coach the outside linebackers in 2020 in addition to his assistant head coach duties. Loose spearheaded a defense in 2019 that was fifth nationally in passing defense (178.9) and 30th in total defense (342.3). Defensive back Elijah Riley and linebacker Cole Christiansen each earned spots in collegiate all-star games, as Riley participated in the East-West Shrine Bowl, while Christiansen took part in the NFLPA Collegiate Bowl. At the end of the 2018 season Loose was promoted to defensive coordinator after serving as an assistant coach for the safeties. He served as the interim DC during Army's 2018 Lockheed Martin Armed Forces Bowl victory over Houston, in which the Black Knights held the Cougars to just 14 points while registering a program record 10 sacks.