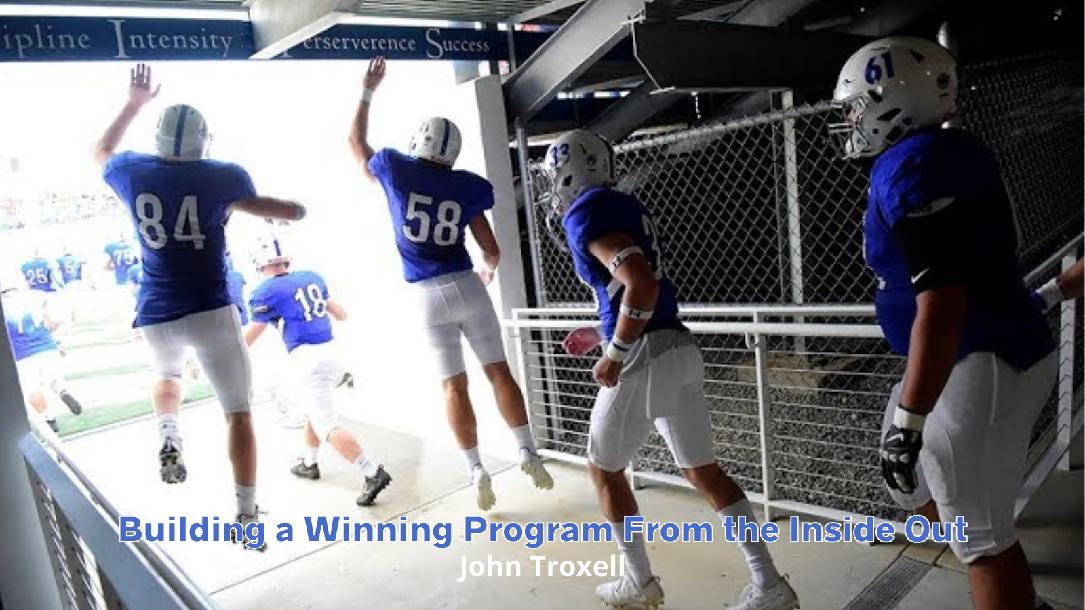 Franklin & Marshall Head Coach, John Troxell, discusses the 3 phases to properly build a program. In addition to a in depth break down of the 5 C’s and how to implement them.

Named the 39th coach in Franklin & Marshall Football history. John Troxell enters his 16th year on the sidelines as the leader of the Diplomats football program. Having previously been part of three of college football’s biggest program turnarounds ( Columbia, Muhlenberg and Lafayette ) he has done it again at F&M. He has also coached 103 All-Conference players since 2006.

You just booked "John Troxell- 3 Phases to Building a Program"