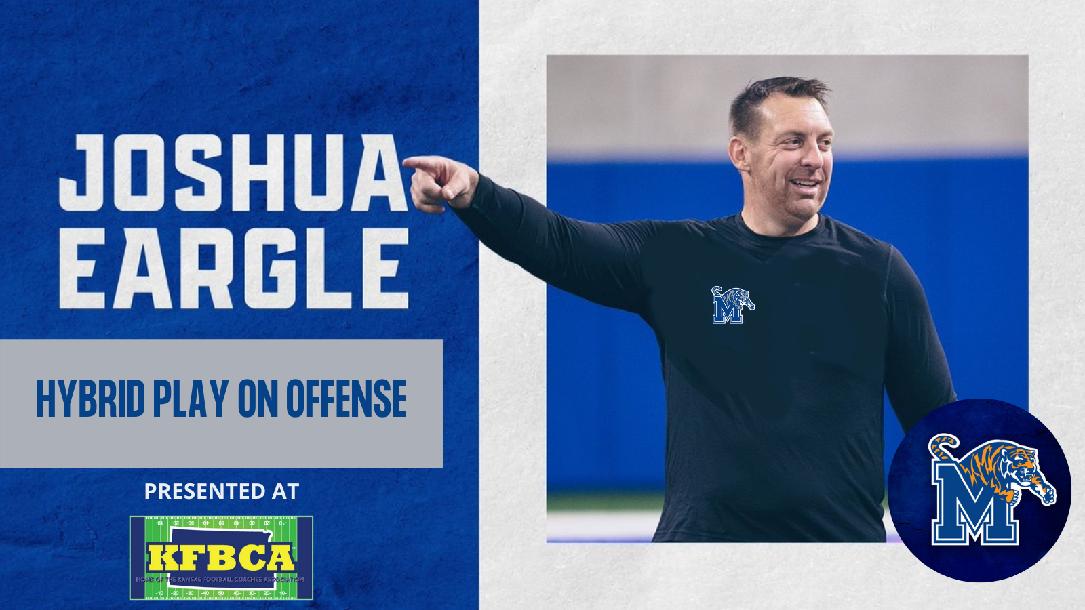 Following this playbook, you will grow the knowledge required to properly coach and utilize tight end, fullback, and h-back players to their full potential.

This course highlights key strategies that have worked during his eighteen-year professional career in developing these positions.

Accompanying practice drill footage with coaching tips and play diagrams, each drill is intuitive and easy to reproduce to fit the needs of your team.

Coach Joshua Eargle came to the University of Memphis as the Senior Offensive Consultant in the 2021 season.

Before joining the Tigers, he served as the Tight Ends Coach, Recruiting Coordinator, and Senior Offensive Consultant at the University of Kansas. With the Jayhawks, he mastered his hybrid tight-end positions and had a really strong recruiting class.

Prior to coaching for the Jayhawks, he turned around Austin Peay State University's team by taking it to a team that had 1 win in 4 years to an 8-4 season before 2017. He spent 3 seasons at APSU.