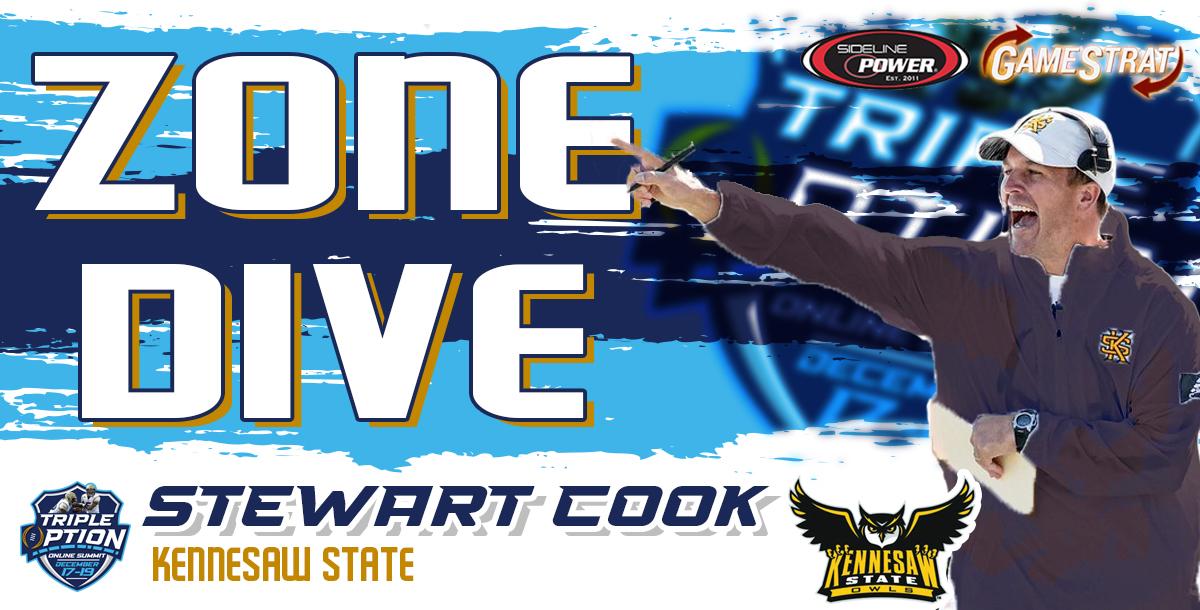 Stewart Cook enters his sixth season as tight ends and tackles coach in 2020 after being hired by head coach Brian Bohannon on February 3, 2014.

Leading the tight ends and tackles, the Owls’ offense has posted explosive numbers in each of its first five seasons. The rushing attack has ranked in the top three of the FCS in each of the last four seasons, including leading the nation in rushing yards per game in 2017 and 2019. The Owls set the program's all-time record with 352.9 yards per game on the ground in 2018, good for second in the nation among all NCAA Division I FBS and FCS team.

In 2018, Kennesaw State had the No. 2 rushing attack in all of Division I, averaging 352.9 yards per game. The Owls also featured one of the top third-down conversion rates in the FCS (50.3 percent – 86-of-171) to finish the year as one of 11 teams in the country to convert over 50 percent of third down attempts.