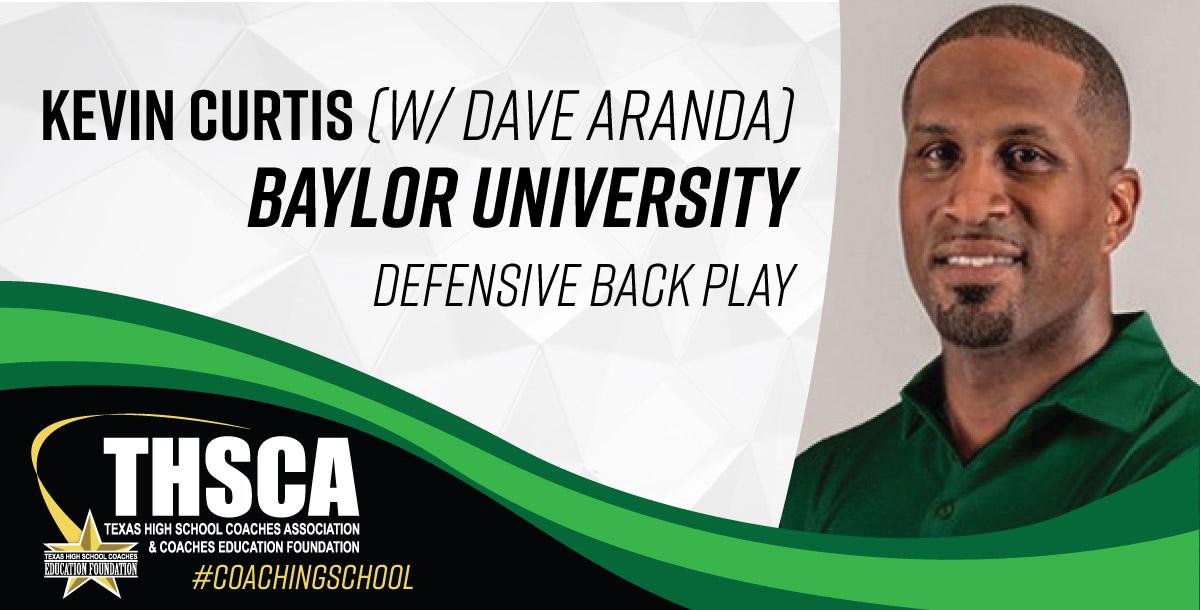 Kevin Curtis joined the Baylor Football staff in February 2021. He serves as cornerbacks coach. In his first season in Waco, Curtis’ defensive backs were part of a defensive unit that led the Big 12 and finished third nationally with 19 interceptions. Additionally, BU ranked second in the Big 12 and 26th nationally in pass efficiency defense with a rating of 121.54. Curtis, who played safety at Texas Tech while Baylor head coach Dave Aranda was a member of the Red Raider coaching staff from 2000-01, joined the SMU program as cornerbacks coach in January 2018 after two seasons in the same capacity at Louisiana Tech. While in Dallas, he mentored Brandon Crossley to a national ranking of eighth in total interceptions with four in 2020, including picks in three consecutive games. A two-time All-American and three-time All-Big 12 safety at Texas Tech, Curtis was selected in the fourth round of the NFL Draft by San Francisco. Following three seasons with the 49ers, he spent time with the Packers, Raiders, Texans and in NFL Europe before wrapping up a six-year career in professional football. A native of Lubbock, Curtis earned his degree from Texas Tech in 2002. He is married to the former Kayla Sanders. The couple has one son, Kevin.