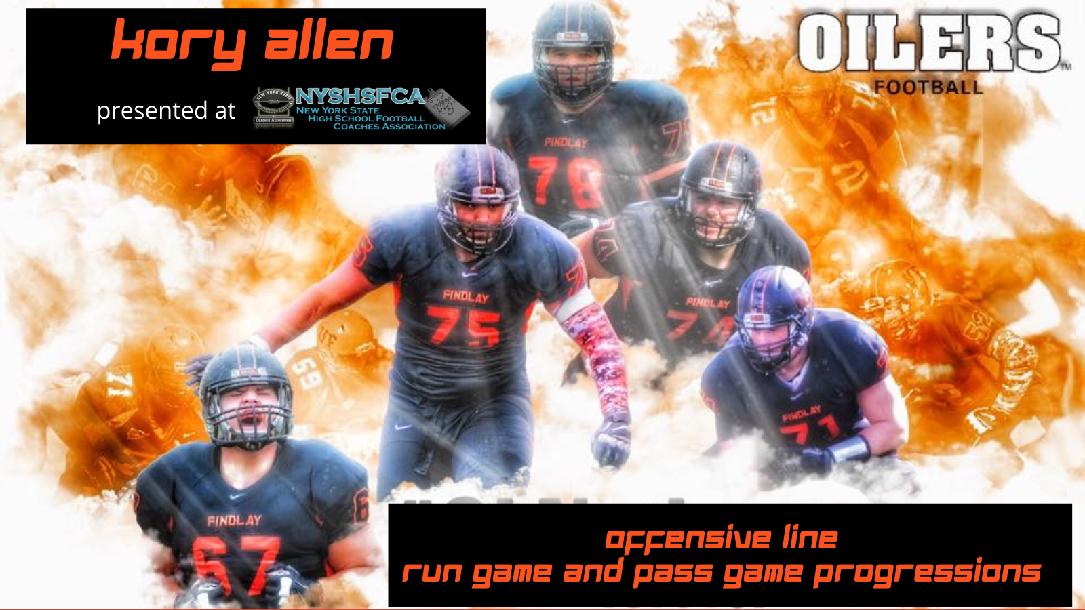 Want to learn the key teaching progressions for your offensive line? Well, you've come to the right place! In this course, Coach Kory Allen reveals his fundamentals for offensive linemen in both run game progressions and the passing game. He shows off drills, stances, and types of fits so you can easily master his progressions. If you are a coach who wants a more effective offensive line, then this is the course for you!

In the 2021-22 season, Coach Kory Allen will be entering his 16th season with the University of Findlay Oilers. He serves as the offensive coordinator, offensive line coach, and is even taking up recruiting. He has created one of the best offenses in the nation in 2019 with the average points per game being 38.

Nationally Ranked Statistics with Kory Allen at The University of Findlay:

Before his time with the Oilers, Coach Allen coached at Baldwin Wallace University (2004). Prior to that, he started his career as a GA at Ohio Northern University (2000) and was later promoted as the offensive line coach (2001-03).