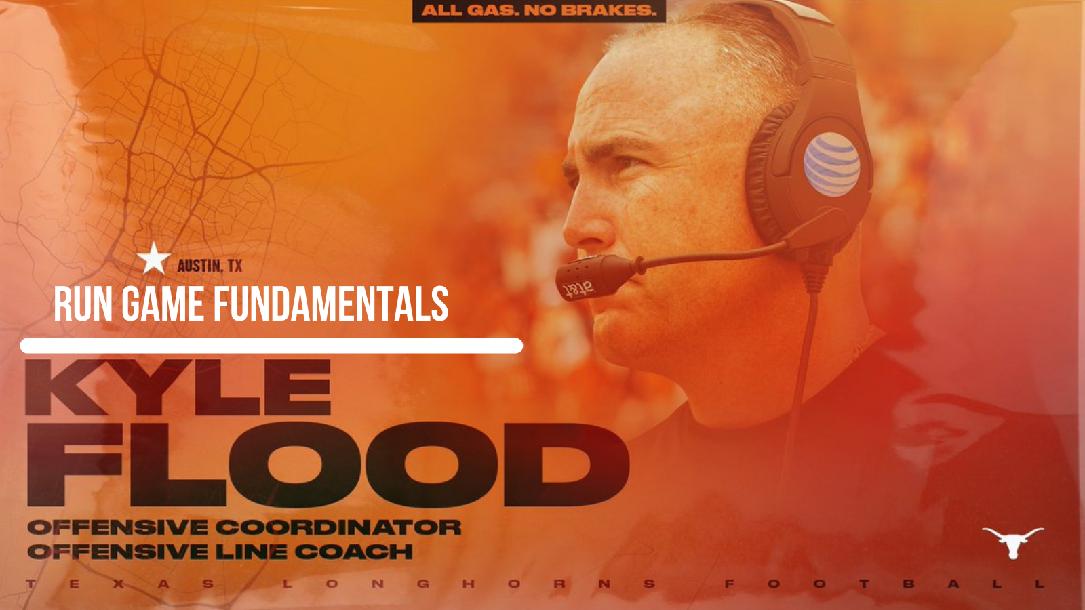 Coach Kyle Flood talks about his favorite run game fundamentals for his offensive line and how it translates it to the field. He reveals inside and outside zones he uses as well as man blocking, double teams and much more.

A veteran offensive line coach, including the last two years at Alabama, and former head coach at Rutgers, Kyle Flood was named offensive coordinator and offensive line coach at Texas. Flood spent the last two seasons coaching the offensive line at Alabama alongside Steve Sarkisian, guiding this past year’s group to earn the 2020 Joe Moore Award as the nation’s top unit. The line paved the way one of the top offenses in Alabama history that propelled the Crimson Tide to the National Championship. In the past two seasons, Alabama put together 24 straight games in which the offense scored 35 or more points, the longest streak in major college football history. Alabama's offense ranked second in the nation in scoring and led all Power 5 schools. Alabama’s passing efficiency rating was not only a school record, but the second-best mark in NCAA history.

Great Course! Coach Flood breajs down the finer points of coaching up the zone and gap schemes. Really helpful keys to hea and hand placement.

Great Course! Coach Flood does a great job of breaking down technique in simple straightforward way that gives your players the best chance to be successful.

Great Course from a great coach

The best I ever saw