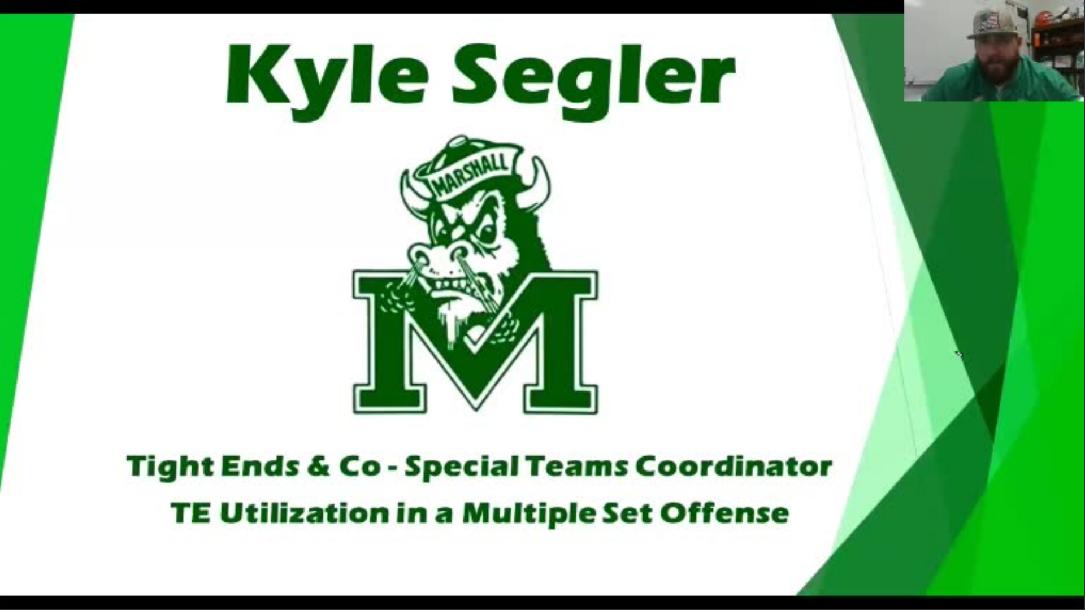 Coach Kyler Segler talks about utilization of a modern TE in modern offenses. Focuses on how to defend, cultivate and develop TE’s.

Segler will enter his second season as Marshall’s tight ends coach/co-special teams coordinator in 2020. In 2019, he coached Armani Levias, who was named second-team All-Conference USA after totaling a team-high 46 catches for 553 yards and three touchdowns. He came to Huntington from ULM where he was tight ends coach and special teams coordinator for one season. Segler's special teams units were some of the best in the Sun Belt Conference, sporting net kickoff and punt return averages that ranked in the top 20 nationally.

Prior to that, Segler was an assistant coach at Sam Houston State for eight seasons, where he coached the offensive line and tight ends. In 2016, he added the duties of special teams coach. At Sam Houston State, Segler helped developed four All-Americans (five selections overall): Chris Crockett (2011), Travis Watson (2011), Kaleb Hopson (2012) and Donald Jackson III (2014-15). He also tutored seven first-team All-Southland selections, one of them being named Southland Offensive Tackle of the Year.