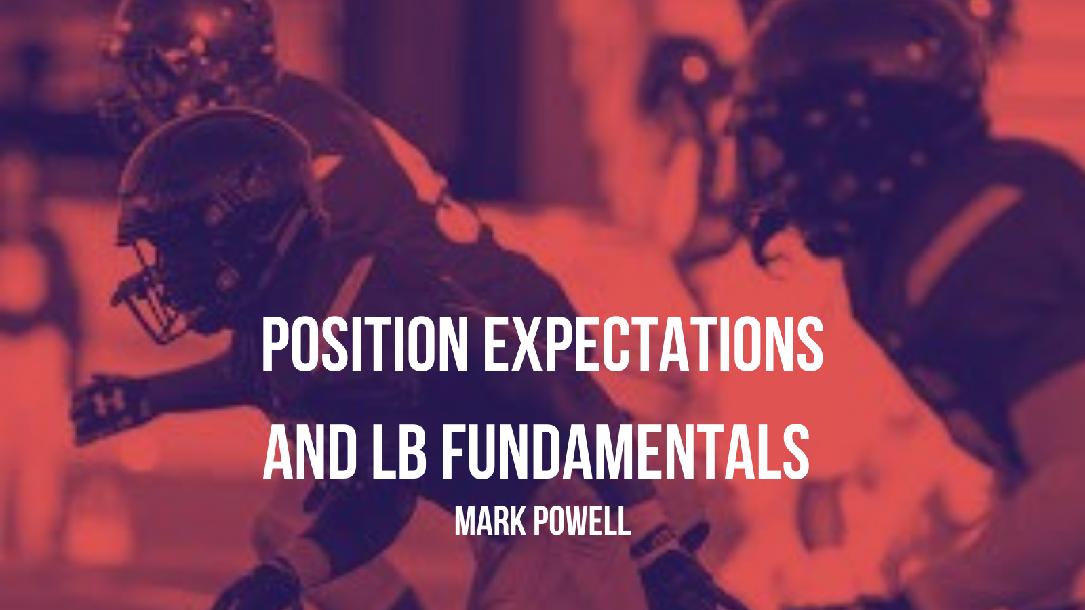 Austin Peay's Linebackers and Special Teams Coordinator, Mark Powell, dives deep into Linebacker expectations and fundamentals. The main topics discussed is their philosophy, expectations, and imperatives for the Linebackers.

Mark Powell is in his second season at Austin Peay after leading the Governors to one of the most impressive defensive performances in program history. Powell began his career as a student assistant coach at Lafayette after an injury ended his playing career. He went on to serve on the coaching staffs at Yale and Villanova. The next season, Powell moved to Christopher Newport in 2017 where he was the Captains defensive line and special teams coach. Prior to joining the Governors staff he was a graduate assistant at Mississippi State. A 2014 Lafayette graduate, he saw his playing career cut short by an injury but remained with the team as a student assistant coach.