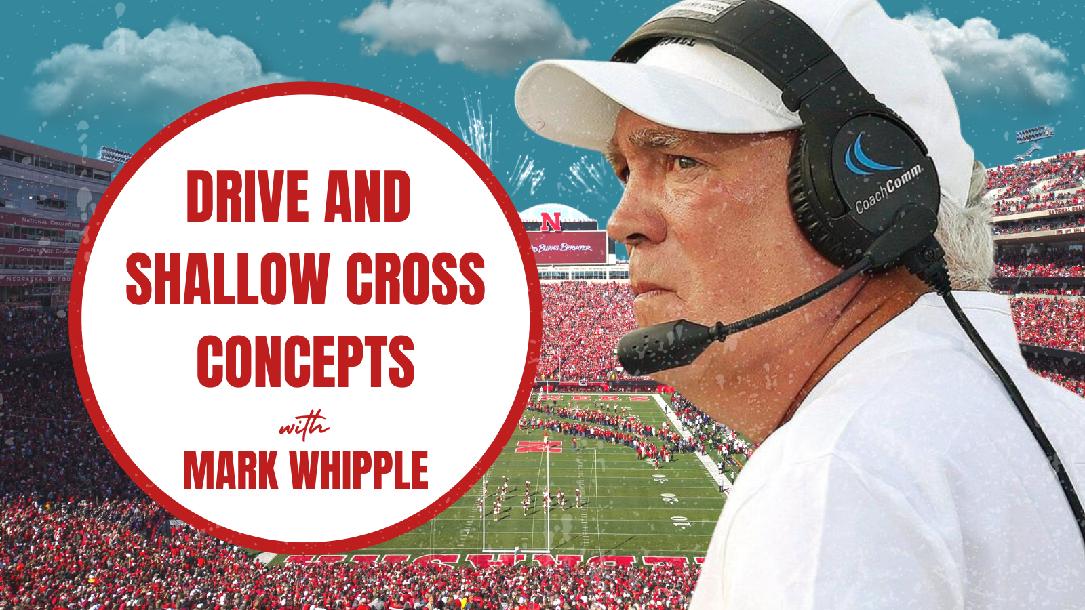 In this course, Coach Mark Whipple teaches us the drive and shallow cross concepts as well as how to effectively use them against the defense. What is the shallow cross? It's a passing concept that involves a shallow crossing route and a middle hook route that is intended to spread out the linebackers horizontally, creating space on the inside. Coach Whipple demonstrates how to do so!

Simply click the ‘Book This Course’ button at the top right of this page, place your order, and you’ll immediately be logged into the training with full access. Learn how Coach Mark Whipple teaches the drive and shallow cross concepts to his offense today!

Mark Whipple is in his first season as Nebraska’s offensive coordinator. Whipple brings extensive experience to the Husker sideline.

During his 40-year coaching career, Whipple has won a national championship as a head coach and won a Super Bowl as an assistant coach. Whipple has accumulated 21 years of head coaching experience. He has also been an offensive coordinator for 10 seasons and coached six years in the National Football League. Whipple owns a 137-103 record in his 21 seasons as a college head coach. He won a national championship in 1998, leading Massachusetts to the Division I-AA title when he was the national coach of the year.