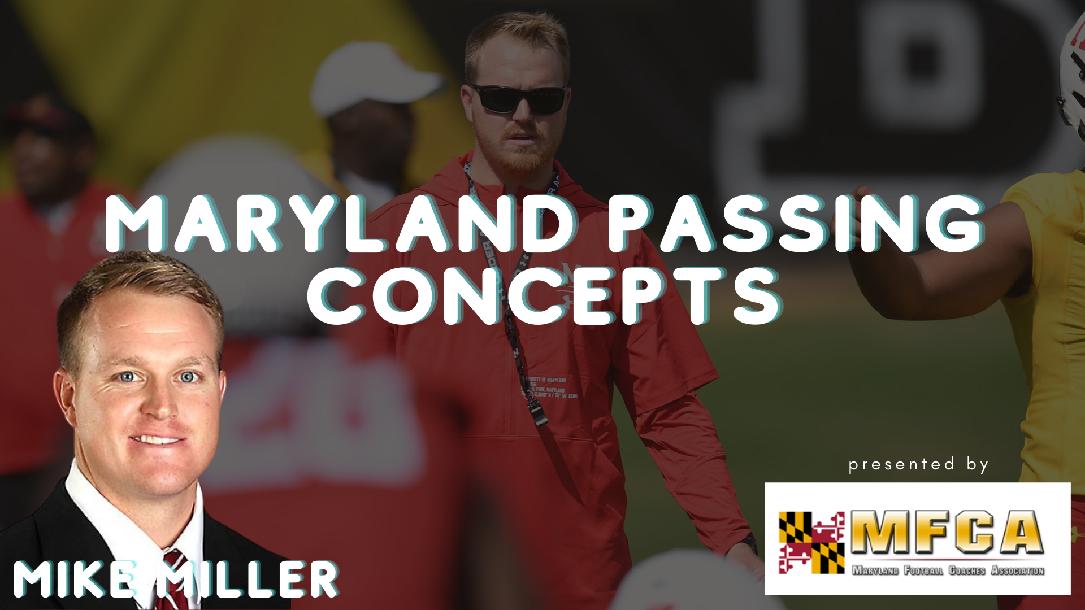 Conceptualizing the passing game provides a flexible approach to installing a complex passing game while keeping it simple for the players to learn.

In this course, Coach Mike Miller demonstrates various pass concepts such as the smack, Gotti, bear, and butter. Following up with videotape examples of each and how to properly execute. Everything you need to broaden your passing arsenal is here.

Simply click the ‘Book This Course’ button at the top right of this page, place your order, and you’ll immediately be logged into the training with full access. Take a look into Coach Mike Miller's Maryland Passing Concepts today!

Under Miller's tutelage, multiple Maryland tight ends had break-out season in 2021. Chigoziem Okonkwo hauled in 52 receptions for 447 yards and five touchdowns during his senior campaign. He ranked first in the Big Ten in receptions in conference games (41) and second in receiving touchdowns (five). He hauled in 12 receptions against Penn State, marking the second most catches in a game by any Big Ten player in 2021. Okonkwo's 112 receiving yards at Michigan State were the second most by any tight end in a Big Ten game in 2021. Miller also guided then-sophomore Corey Dyches to a strong season in which he made 19 grabs for 208 yards and caught four touchdowns.