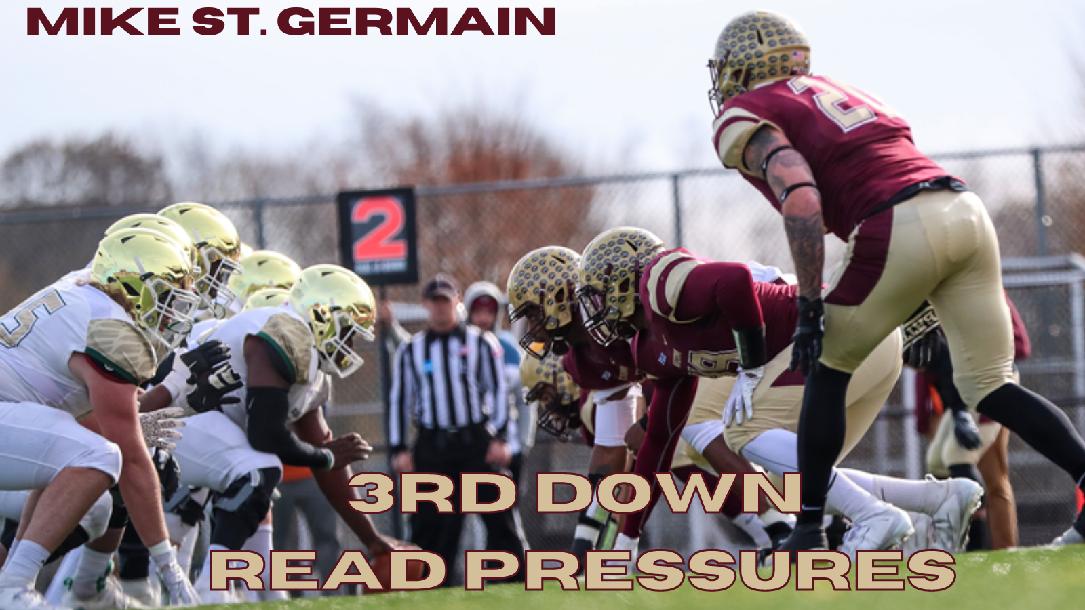 Coach Mike Germain talks about the different 3rd down pressures he implements on the field. He breaks down game film, variations vs protections and how to improve.

Mike Saint Germain is in his third season as the defensive coordinator at Kutztown University. The former All-American at Lafayette College brings 12 years of coaching experience. 10 at the collegiate level. Saint Germain joins the Golden bears following four seasons at Virginia Military Institute, where he most recently coached outside linebackers and served as special teams coordinator. He coached three groups during his time with the Keydets, the defensive line, outside linebackers and inside linebackers.

A Morris Plains New Jersey native, got his collegiate coaching start at NCAA Division III Franklin & Marshall College. He coached the Diplomats’ defensive line and helped the program to consecutive winning seasons and ECAC bowl game appearances in 09’ and 10’. Saint Germain’s first season with F&M was a success. A three year letterman at Lafayette won the Patriot League championship and advanced to the NCAA Division I FCS playoffs in 06’. Earning All-America First Team honors.