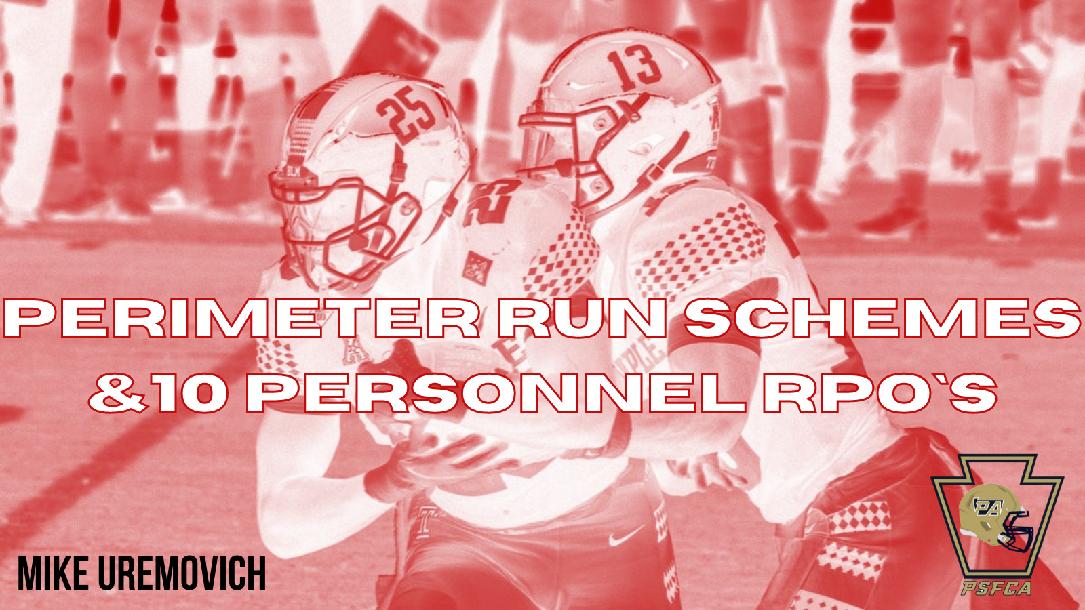 Temple's Co-Offensive Coordinator and Tight Ends Coach, Mike Uremovich, breaks down why RPO's are some of the best plays to run for any team.

Mike Uremovich joined the Temple Football staff as co-offensive coordinator in January 2019, following three seasons as the assistant head coach and offensive coordinator at Northern Illinois University. Uremovich coached the NIU running backs in 2016 and worked with the tight ends and fullbacks in 2017-18. Uremovich coached the offensive line at North Carolina State University from 2013-15, where he helped lead the Wolfpack to a pair of bowl appearances. Before N.C. State, Uremovich was part of the NIU staff that won the 2012 MAC Championship and the only MAC team to play in a Bowl Championship Series game when the Huskies earned a berth in the 2013 Orange Bowl. Uremovich went to NIU in 2012 after a successful seven-year tenure as head coach of the NAIA University of St. Francis team (2005-11). In 2003, Uremovich began a two-year stint as offensive coordinator at Waynesburg College (Pa.). He began his coaching career at NIU as a graduate assistant on Joe Novak’s staff in 2001 and 2002 for teams that each won MAC West Division titles. Prior to NIU, Uremovich’s first collegiate coaching job came at Benedictine University where he was the wide receivers coach and special teams coordinator in 2000.