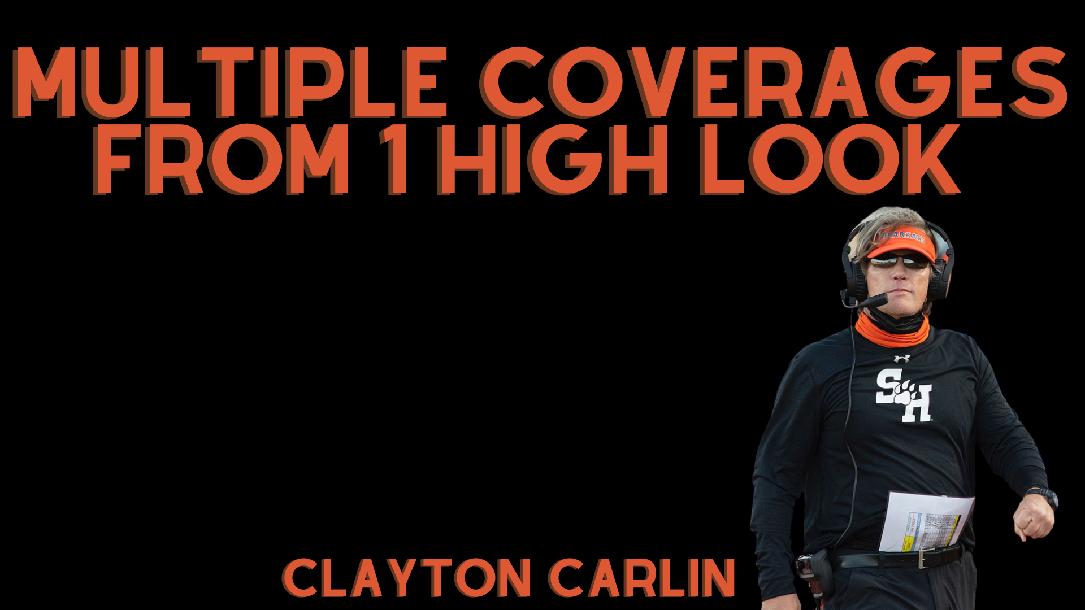 Simply click the ‘Book This Course’ button at the top right of this page, place your order, and you’ll immediately be logged into the training with full access. Take a look into how Coach Carlin teaches multiple coverages from a 1 high look today!

Veteran coach Clayton Carlin joined the Sam Houston staff prior to the 2016 season and after just one year was promoted to defensive coordinator. The 2020 season was his fourth year directing the Bearkat defense, a unit that was one of the tops in the nation.

Carlin's defense was at its best in leading the Bearkat to the 2020 FCS national championship, leading all of FCS with 23 takeaways and 14 fumble recoveries, while ranking 12th in rushing defense, allowing just 94.9 yards per game. In fact, the Kats did not allow an individual 100-yard rusher for a span of 22 consecutive games over the course of the 2019 and 2020 seasons.

With Carlin calling the shots for the Bearkat defense, that side of the ball steadily improved in each of his first two years as coordinator but went to a whole new level in 2019. That season the Kats boasted one of the top defensive units in all of the FCS, leading the nation in both rush defense (69.9 yards per game), opponent's third-down conversion rate (27.9 percent), and team tackles for loss (10.9 TFL per game).