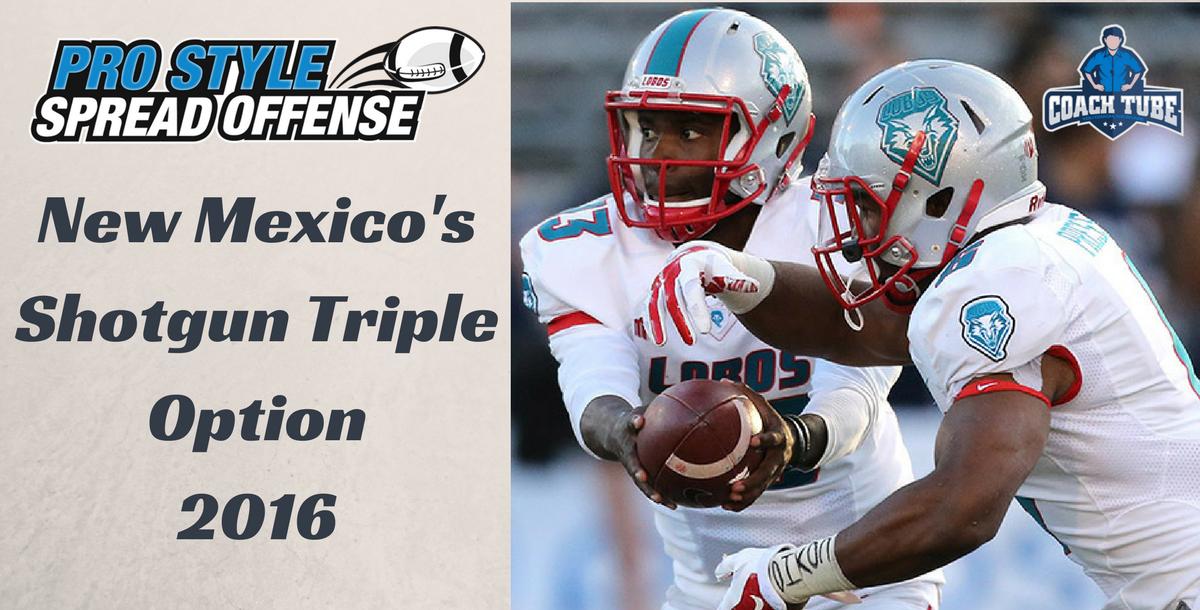 The New Mexico Triple Option attack combines the ease and reliability of the Zone Read with the deception and gashing attack of the triple option.

In this course, I will break down the basic triple option scheme that I have observed New Mexico run against the most popular defenses coaches see today.

I do not represent New Mexico football in any way, this is simply my interpretation of what they run.

If you are wanting to incorporate this style of offense or if you just want to understand it better, this course is a great way to better understand the Zone Triple Option offensive strategy.

A .pdf playbook download is also included that details triple option rules and has each play in the course fully diagrammed against the defense.

Save time figuring out blocking assignments that work against everything.

Triple option blocking rules are based on New Mexico's numbering system which allows them to I.D. every front effectively.

Jason has been studying the game of football since he first became a coach at the collegiate level in 1999. His passion led him into a variety of coaching positions where he enjoyed learning new systems from a wide variety of coaches at multiple levels. Jason is as passionate about coaches education as he is about coaching the game of football. Check out Jason's appearances on the Winning Youth Coaching podcast as well as The Sports Parenting Podcast. He was also the first coach to pioneer taking the flipped classroom into physical education and coaching under the influence of John Bergman, the pioneer of the Flipped Classroom Movement. As an author, Jason has been published in John's book titled "Flipped Learning: Gateway to Student Engagement". Currently, Jason teaches Elementary Physical Education in Chicago's North Suburb of Kenilworth and is also the founder of The Pro Style Spread Offense Football System. Want to grab a free offensive playbook? Go here to get a downloadable .pdf Football Coaching Experience: Special Team Coordinator, Varsity, 2012 – 2013, New Trier High School, Winnetka, Illinois Offensive Coordinator, Varsity, 2009 – 2011, North Shore Country Day School, Winnetka, Illinois Defensive Coordinator, Varsity, 2007 –  2009, North Shore Country Day School, Winnetka, Illinois Offensive and Defensive Line Coach, Varsity, 2005, Muncie South Side High School, Muncie, Indiana Wide Receivers Coach, 2000 to 2004, Taylor University Football, Upland, Indiana (Under Head Coach Steve Wilt) Wide Receivers Coach, 1999 to 1999, Trinity International University, Deerfield, Illinois (Under Head Coach Andy Lambert)

I think this will be very helpful to mix into our offensive system for the upcoming season, really like the film cut ups. Thanks

Great tutorial on New Mexico's triple option based offense. Any coach that wants to learn this system, this is a must have!

Nice job breaking down the assignments

Was expecting more, the PDF playbook only has like 10 plays,

Interesting offense. Commentary was just ok until the end. Theres a college level coach speaker on one or two clips.