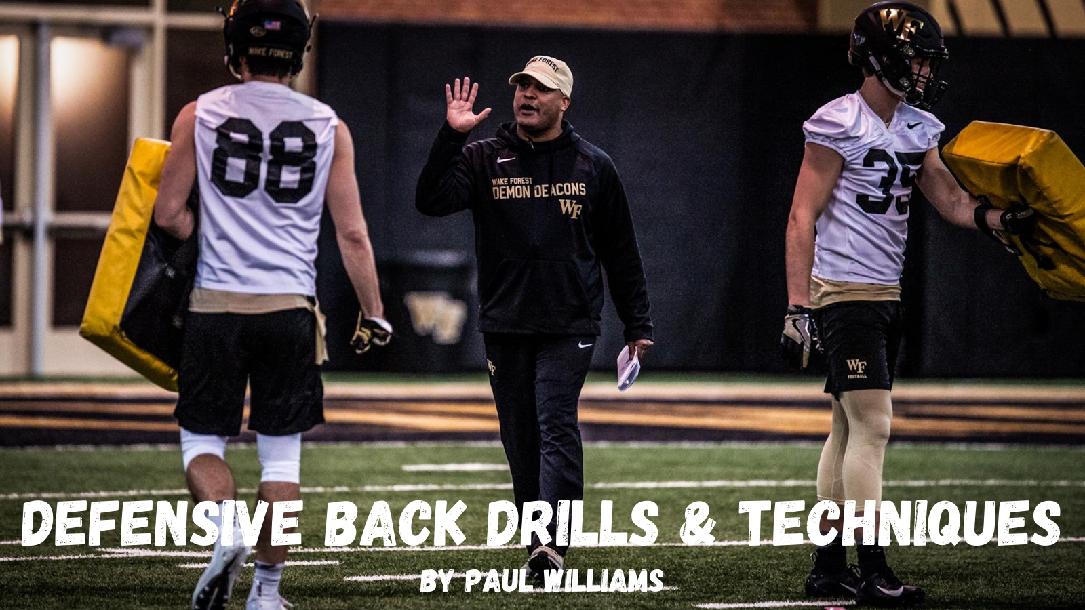 In this course, Coach Paul Williams, Cornerbacks coach at Wake Forest University, goes into what drills and fundamentals he uses as a coach, and how his players apply in game situations. The following is included

In 2020, Wake Forest corners played an instrumental role in helping a Demon Deacon defense finish the season with a +10 turnover margin, the highest in the Dave Clawson era. The Deacs were one of just seven FBS schools to post a +10 or better margin in the country, tying for fourth in that category.

Williams has a long history of training NFL talent over his 23-year coaching career. Currently, Williams has 11 players on active NFL rosters and has produced 13 NFL draft picks from five different schools.