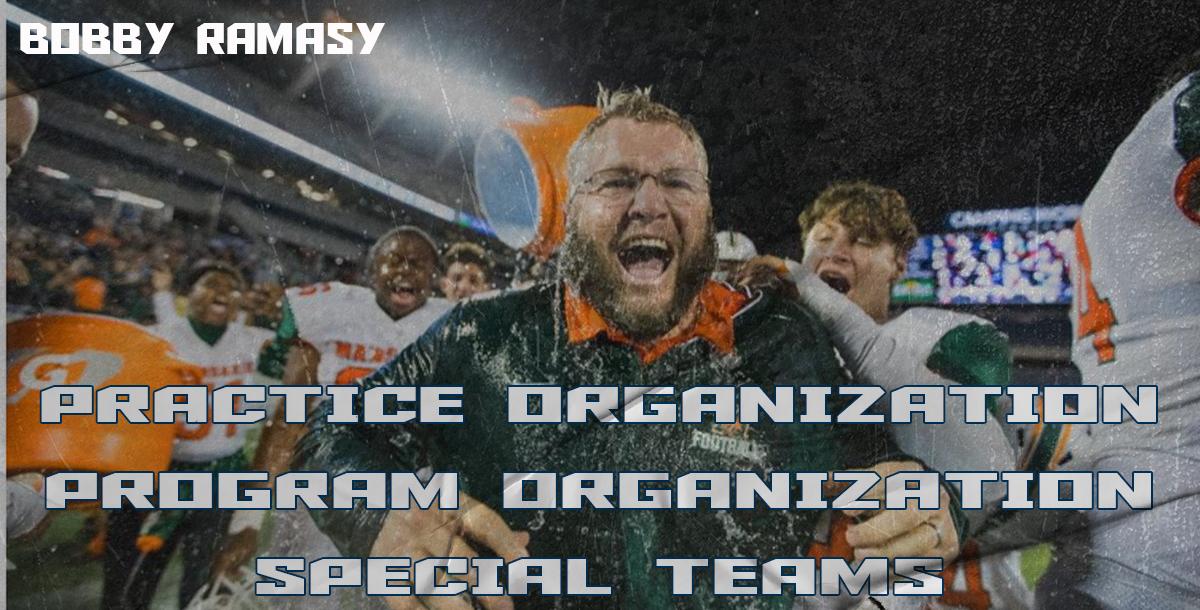 This course offers insight and analysis into:

1. Practice Planning for Special Teams Throughout the Week

Prior to Mandarin, Coach Ramsay was head coach at Yulee High School from 2008 – 2016, qualifying for the playoffs 4 times and advancing to the state semifinals in 2012. He coached Derrick Henry, who set the all time national career rushing record, and also won the 2015 Heisman and was the 2019 NFL Rushing Leader. Ramsay also has previous stops as an assistant at First Coast High School, Trinity (TX) University, and Tallahassee Lincoln High School. He attended and played football at McMurry University in Abilene (TX) from 1997-2000, becoming a team MVP and captain, and playing for nationally ranked teams in 1998 and 1999.

Mandarin head coach since 2017. In 2018 Mandarin won their first ever state title in any team sport, winning the 8A state championship. Ramsay was also named Florida Dairy Farmers State Coach of the Year, Nike 8A Coach of the Year, and was named a finalist for the Don Shula Award which is given by the NFL to the National High School Coach of the Year.