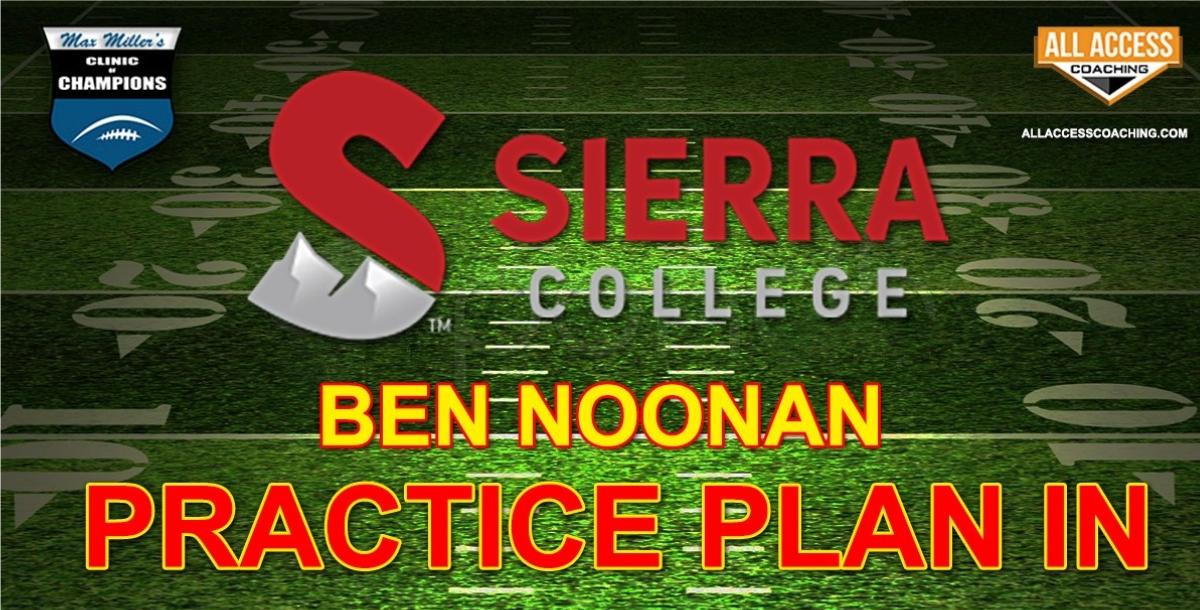 Feel like the Spread isn't  working well for you?

Maybe it's your Practice Planning?

Check to see if there is something you can do different!

Maybe your Call sheet is disorganized? Fix it here!

Make adjustments with your Summer, Spring and Winter Installments

See how Sierra College does their inseason practicing! See their drills, maybe you can find one you already do or something different to try with your boys!

Coach Ben Noonan began his career in higher education at Santa Rosa Junior College, where he earned his AA in 1998. Ben’s coaching experience is impressive—at age 26 he was offensive coordinator at West Texas A&M (NCAA Div. II) for a football team ranked #10 in the nation. His offense set several school records during his tenure there.

From 2009-2012 he served as Assistant Coach/Offensive Coordinator/Physical Education Instructor at Citrus College. During his four years as the offensive coordinator there, Noonan’s quarterbacks set school records for yards, completions and touchdowns.

For the third time in his first six years at the helm, Noonan guided Sierra College to a bowl berth in 2018. The 2018 season saw host Sierra College victorious over Sacramento City College in the Nor Cal Grizzly Bowl. The Bowl victory marks the second win in the post season since Noonan’s arrival, the first against host Fresno City College in 2015. Under his direction in 2013, Sierra’s football team enjoyed its first winning season since 2009, earning a bowl berth in the San Francisco Community College Bowl.

An average of Ninety percent of Wolverine Football sophomores have transferred to 4-year universities, and under Ben’s leadership Sierra’s football student athletes have been involved in several community service projects.

Coach Noonan is as passionate and competitive about his students’ academics as he is about their performance as athletes. He has vowed to increase both his team’s GPA and the team transfer rate each year, and cites “academic excellence” at the top of his list of objectives he seeks to instill in his students and student athletes.