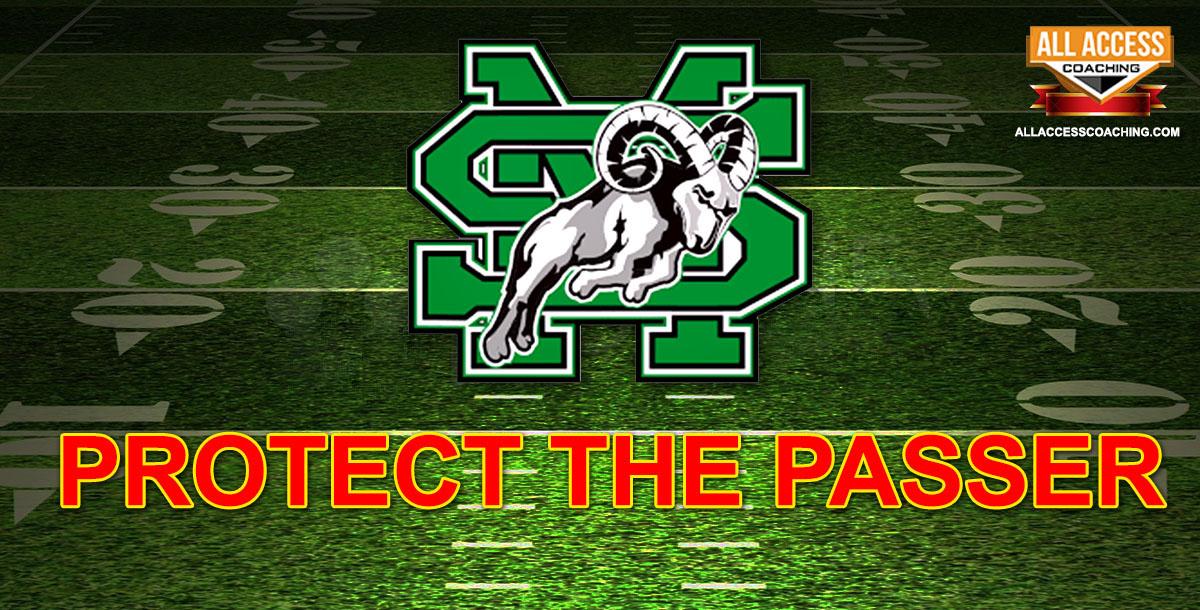 Giving up a lot of sacks?

Want your quarterback to have more time in the pocket?

Want your Offensive Line to succeed?

Learn to have a solid pass protection versus an odd and even front, how to pick up blitzes, and Technique Developement for the Spread Offense from the 16 year head coach of St. Marys HS in Stockton, CA.

Running a 10 personel, with slide protection, and half slide, with a 5 and 6 man protection, running back can go out.

Learn how this former College Coach does his practice planning, and his coaching philosophy and Schematics.

has been the head coach at St. Mary's in Stockton, Calif., since 2002 and has led the Rams to the Sac-Joaquin Section (SJS) playoffs every year. His 2016 squad captured SJC Division I and Nor Cal championships and was a California Interscholastic Federation state finalist. During his tenure, the Rams have won three SJC Div. I titles and been state finalists twice. He launched his coaching as an assistant offensive line coach at University of California, Davis from 1981-84 and returned to the school from 1990-2002 - serving as offensive line coach for six years, linebackers coach for six years and recruiting coordinator for the last three, and helping to bring in 10 eventual first-team All-Americans while coaching two of the top-three players on UC Davis' all-time tackles list. Between those stints, he was an outside linebackers coach at University of the Pacific (spring 1984), head coach at St. Mary's High (1984-87) and defensive coordinator at Santa Clara University (1987-90).

Use Your Base Offensive Pass Menu to Win In The Red Zone by Triple Threat Spread Offense By Coach Bobby Acosta
Views: 676
(1) $20.0