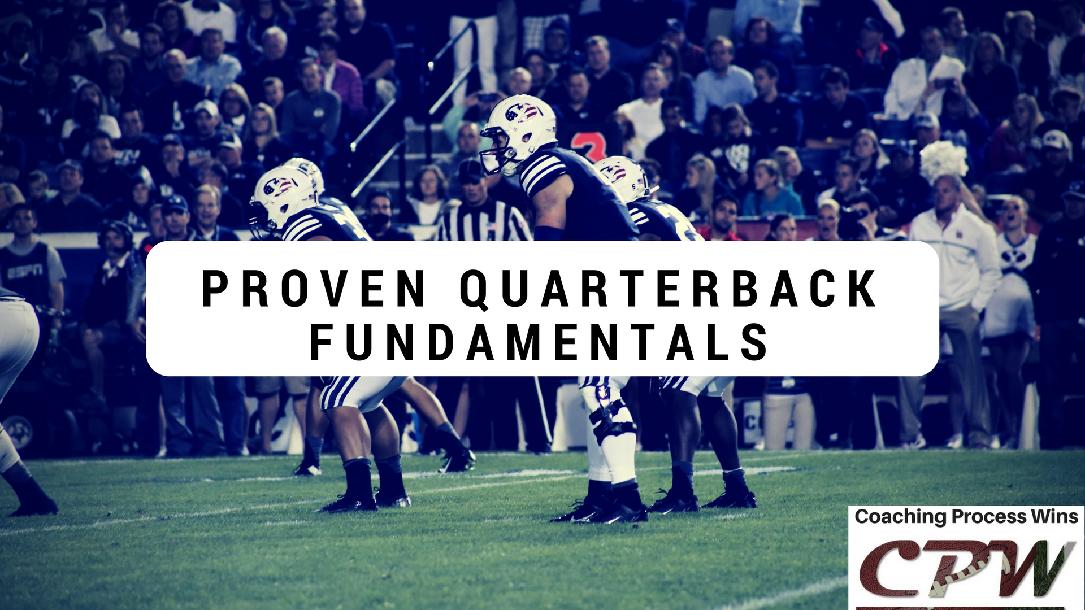 Looking to develop your quarterback but not sure where to start?

Veteran college football coach and quarterback expert John Bond takes you through the same drills he uses in practice each week.

This course covers topics including:

Timing is everything. Whether it's from the gun or from under center, your success depends on the quarterback's rhythm and footwork. Coach Bond covers the 3 and 5 step drops from under center and the gun, from how it should look to how to teach it.

Teaching and training is all about creating good habits. If you're not careful, your QB may be developing bad habits with his eyes after the snap. Coach Bond takes you through one of his favorite drills to keep the quarterback's eyes down the field.

Lots of people use the sprint out, but are you sure you're teaching it effectively? Coach Bond shows you the sprint out drill he uses to practice the fundamentals of throwing on the run.

What are you waiting for? Book this course and become a better coach instantly!