Read Everything with Unlimited Options 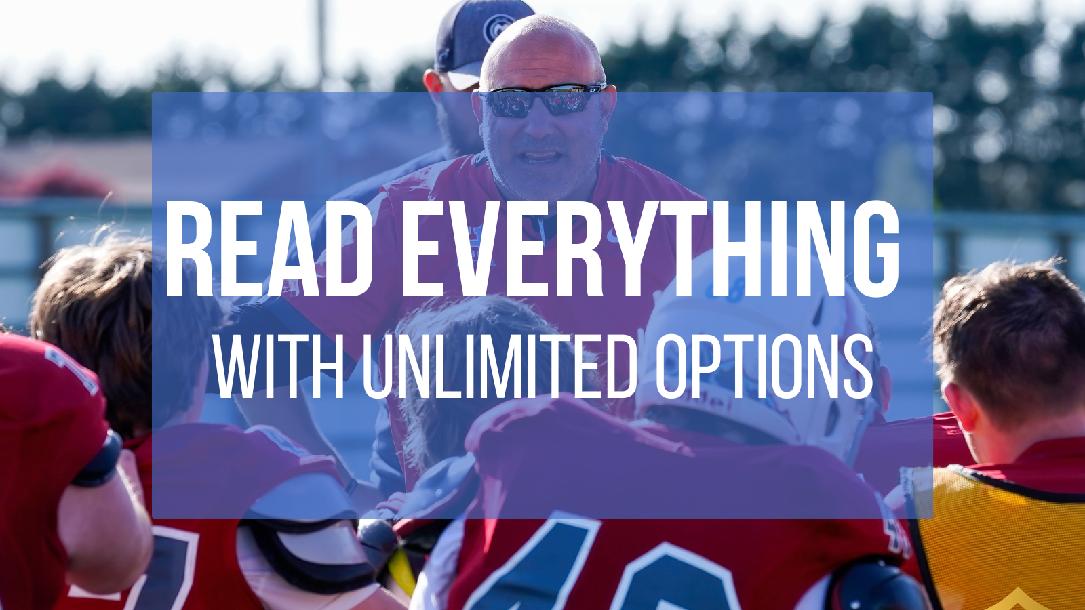 Coach Joe Osovet is a mad scientist, experimenting with the RPO like few others.

In fact, he'll tell you that his offense at ASA College in Brooklyn, New York is made up of over NINETY PERCENT post-snap RPO!

That might sound crazy to you, but it turns out it's pretty effective.

Coach Osovet has consistently churned out top ten offenses at his last stop as a coach, and now at ASA.

How does he do it? Find out from the man himself.

- How to get the defense to play laterally instead of downhill

- How to get the ball to your playmakers AND create vertical alleys for them to run downhill.

- How to maximize the talent of those undersized slot players

If you're interested in either running the RPO or learning how to defend it, you can't afford NOT to book this course.

Coach Osovet is entering his second season as the Avengers head football coach.

Osovet was previously a highly-successful coach at Nassau Community College, where he was named the 2014 USA Sports Writer JUCO Coach of the Year. Osovet, who is also the team’s offensive coordinator, directed an Avengers offense that averaged a whopping 75 points per game in the final two contests of 2016! The Avengers will look to continue that torrid pace, as they enter the 2017 campaign ranked 10th nationally in the JCGridiron.com preseason rankings.

The Babylon High School alum is a member of Newsday’s All-Long Island Football Team, was a former player at NCC, and was also on football scholarship at Northeastern University.

Following his football playing days, he went on to become an assistant coach/offensive coordinator at NCC before eventually taking over as the lead man, where they were perennial national powers. He also previously coached the wide receivers at LIU-Post.

Coach Osovet currently resides in Bethpage with his wife Sandra and their two children, son Austin and daughter Brooke Marie.

You just booked "Read Everything with Unlimited Options"