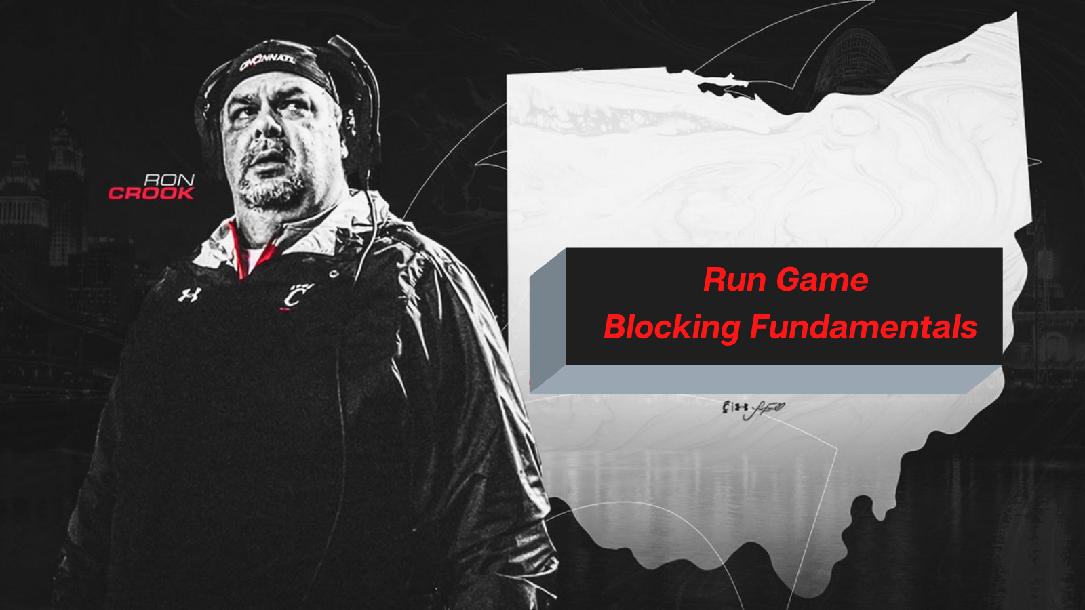 Coach Ron Crook talks about his OL fundamental drills and how they directly relate to on the field.

Offensive line coach Ron Crook joined the University of Cincinnati staff in January 2017. The 27-year veteran of the coaching ranks starts his second stint with the Bearcats after serving as a graduate assistant working with the offensive line in 1993. He has mentored offensive linemen from coast-to-coast, with stops at West Virginia, Stanford, Harvard, Illinois, West Liberty State, Glenville State, Clarion and West Virginia Tech. Crook has coached 35 all-conference players, nine All-Americans, nine NFL players, spent five years as a special teams coordinator and three coaching tight ends, has been part of nine championship-winning teams and worked with a pair of teams that made the NCAA Division II playoffs. He came to UC after spending four seasons coaching the offensive line at WVU. During his time with the Mountaineers, Crook coached six All-Big 12 players and three NFL players. West Virginia (10-3) finished the 2016 season with its ninth 10-win season in school history and had a 7-2 mark in Big 12 Conference action, tying for second place. Senior center Tyler Orlosky was named to the Senior CLASS All-America First Team, the first such award winner in WVU history. Orlosky, who also was named to the Associated Press, Football Writers’ Association, USA Today, CBSSports.com, SBNation, Athlon Sports and SI.com All-American teams, played in 50 career games and started 42 for the Mountaineers, all at center. He is a two-time team captain, one of three finalists for the 2016 Rimington Trophy and was a unanimous first-team All-Big 12 selection. He was a three-time Academic All-Big 12 selection. The Mountaineers’ offense was ranked No. 12 nationally in first down offense, No. 18 in total offense, No. 25 in rushing offense, No. 36 in passing yards per completion and No. 43 in passing offense. In 2015, WVU’s offense was No. 17 nationally in rushing offense, No. 18 in first down offense and No. 23 in total offense while averaging 228.2 yards per game rushing, No. 2 in the Big 12. Orlosky earned Second-Team All-Big 12 honors. In 2014, WVU offense was ranked No. 9 nationally in passing offense, No. 11 in first-down offense, No. 12 in total offense and No. 34 in scoring offense. Mark Glowinski and Quinton Spain were named Second-Team All-Big 12 and Glowinski was a fourth-round NFL Draft choice of Seattle Seahawks