RPO In The College Game with Walt Bell 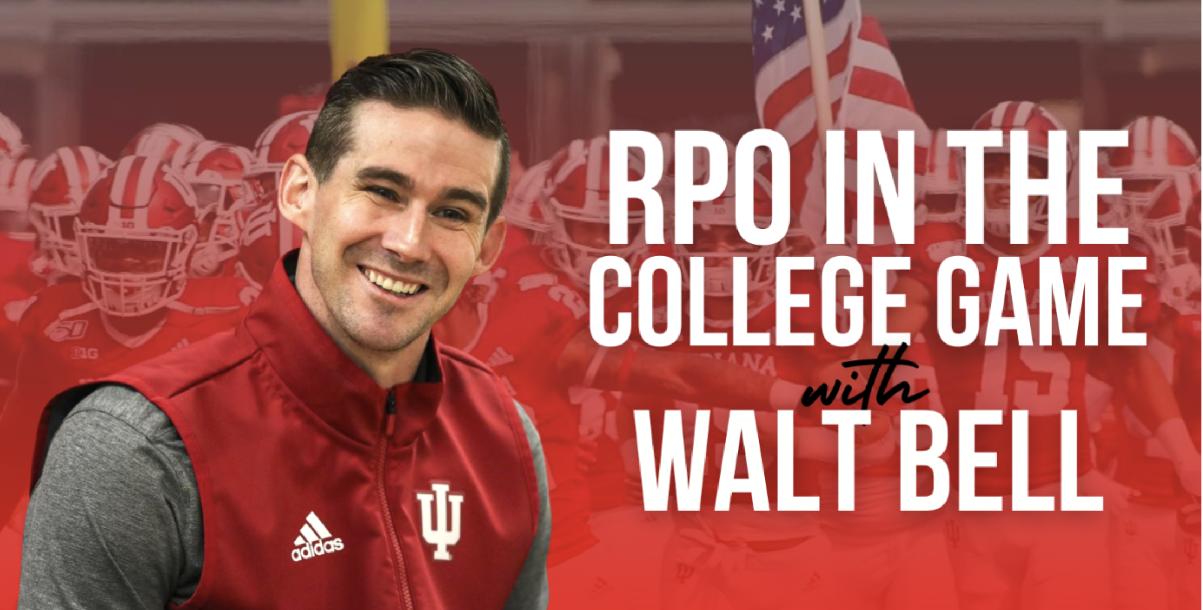 Walt Bell, Offensive Coordinator for the Indiana Hoosiers, breaks down the RPO in college football. With how effective the RPO is becoming across the country, Coach Bell gives you a brief introduction into the system before diving into the different language and situations that arise throughout a season.

The first part of his system starts with coaching the triple option.  Next, Coach bell dives into topics like Wide Endzone copy, playing the numbers game, when to call the RPO, layering and Altering the ball, and much more.

At the end of his presentation , Coach Bell spends nearly 20 minutes answering questions from coaches covering all things RPO and how to implement it into your playbook. Simply click the ‘Book This Course’ button at the top right of this page, place your order, and you’ll immediately be logged into the training with full access.

Walt Bell is the Offensive Coordinator/Quarterbacks Coach for the Indiana Hoosiers. Coach Bell began his career as a GA for the Louisiana-Lafayette football team, and took the same role with Memphis shortly after. From 2009-2011, he served as Quality Control for Oklahoma State and GA for Southern Miss before becoming the Wide Receivers Coach. From 2011-2013  Coach Bell served as the tight ends coach for North Carolina and from 2014-2015 was the Assistant Head Coach at Arkansas State. In 2016, Walt served as the Offensive Coordinator for Maryland and in 2018 took the same role at Florida State. Coach Bell got his first head coaching position in 2019 at UMass where he stayed until 2021. He filled into his current position in 2022.

You just booked "RPO In The College Game with Walt Bell"