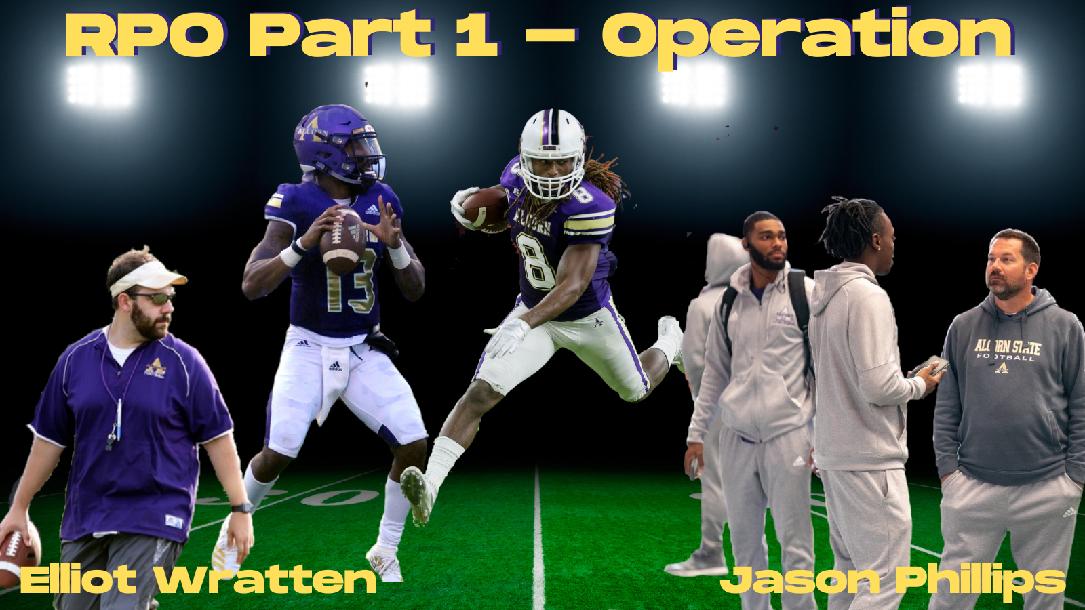 Part one details how we ensure that we are never blocking someone that we are reading. This is a universal process for all of our RPO packages. This part will also go into detail of how our center IDs boxes in our run schemes and how that carries over across our whole offensive package. We use an RPO package that allows the WR's to call the best routes based on the given coverage look.

We have been looking for a way to play Bball on grass, and be more fluid with our RPOS, this is a perfect system. The players can adapt to what the defense is doing, and keeps us a play ahead of the Defense. The rules and install are explained throughout the process as well.