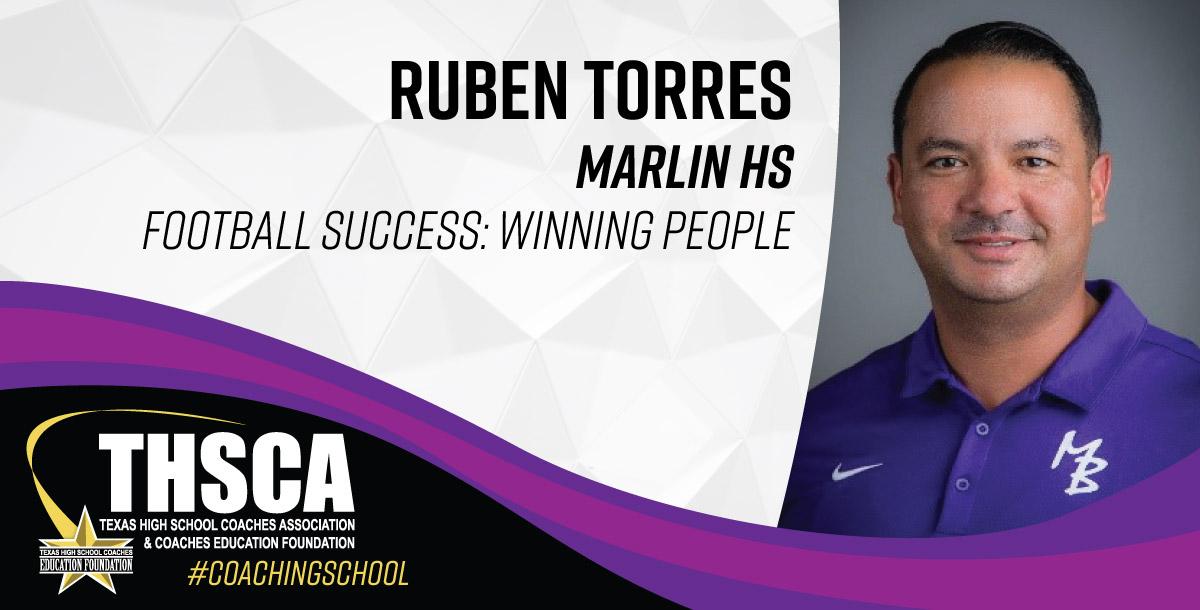 Ruben Torres III was born in El Paso, TX and 1998 graduate of Irvin High School and 2002 graduate from UTEP earning a bachelor’s in business with a major in Marketing. He is the oldest brother to Mark Torres (AC/Head Football Coach El Paso Pebble Hills) and Matthew Torres (Head Football Coach at Sharpstown High School). Coach Torres finished his 17th year coaching this year. He began his coaching career at Hornedo Middle School in 2005 as basketball and track Coach. In 2006, he began my high school coaching career as a Varsity Football and Track Coach. In 2008 he became the Offensive Coordinator and Head Boys Track Coach, and in 2012 he became the Athletic Coordinator/Head Football coach at Ysleta High School. He led his Ysleta team to the playoffs in 2014 and 2015 ending a 12year absence from the playoffs. In 2016 he went on to become the Athletic Coordinator/ Head Football Coach at El Dorado High School (6A El Paso, TX) winning a share of the district title in 2016 and 2017. In 2018 he joined El Paso Franklin’s staff as the Assistant Head Coach at Franklin High School. In February of 2021 Coach Torres was named the Athletic Director and Head Football Coach for the Marlin Bulldogs. The Bulldogs finished with a record of 11-4, their first winning season since 2010. The Bulldogs won Bi- District, Area, Regional, and Quarter Finals championships and finished their season with a loss in the State Semi Final game for 2A Division 1. Coach Torres was named 2A Coach of the Week for week 3, The Padilla Poll New Coach of the Year and Dave Campbell's 2A Coach of the Year. The 2021 Marlin Bulldogs were awarded the Jinx Tucker Award and the Gordon Wood Award from the Texas High School Football Hall of Fame.