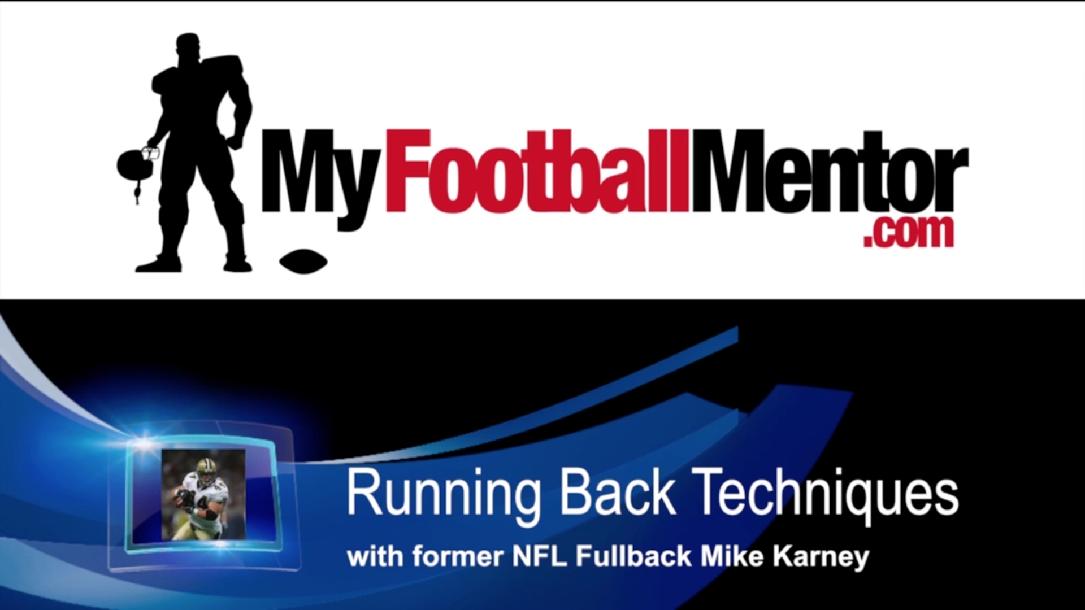 Watch Mike Karney, former NFL fullback, explain running back fundamentals and techniques such as stance, alignment, ball security, pad level, run blocking, pass blocking, route running, and defensive recognition.  A must have video if you want to know how the pros do it!

Topics covered in this module include:

Mike Karney brings 23 years of football experience to myfootballmentor.com, starting at the age of 7 years old. In High School, Mike was voted a two-time captain and voted to the All-State team as a Linebacker/Running back(1999). Later that year, Mike was voted by USA today as an Honorable Mention High School All-American (2000), receiving a full-ride scholarship to Arizona State University. Mike became 1 of 4 “true freshman” to start at Fullback his freshman year (2000). In 2001, Mike was voted to the All-PAC 10 honorable mention team. In 2004, Mike was drafted to the New Orleans Saints in the 5th round (156th overall). Starting 5 years for the Saints, Mike was voted Second-team All-Pro and was a two-time Pro Bowl alternate (2006-2007) and selected to the “All-Joe” team (2006), blocking for running backs, Deuce McAllister, Reggie Bush, Pierre Thomas and Aaron Stecker. Mike signed in 2009 with the St. Louis Rams, where he blocked for two 1,000 yard seasons for RB Steven Jackson (2009-2010). In 2010, Mike was also voted by his peers as a “player rep” alternate, to represent his teammates regarding player/league issues for the NFLPA. Mike participated in over 130 NFL games, 100 regular season contests, including 2 playoff games and one NFC championship game appearance (2006/2007). In February 2012, Mike retired from the game of football concluding his 7 year NFL career.

You just booked "Running Back Basics"