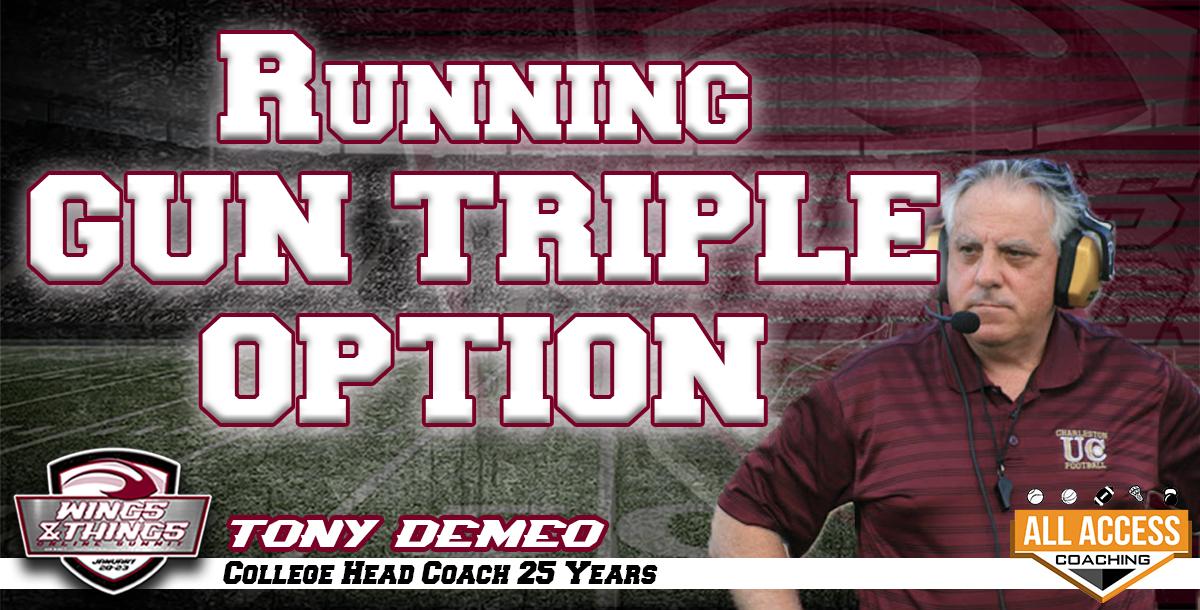 A comprehensive presentation of The Gun Triple. We’ll cover the reasons behind the techniques of running this sideline to sideline option. We will cover the blocking upfront & by the skill players. The backfield play will be discussed in detail along with making the QB reads as simple as possible. The complete package.

Tony DeMeo has 25 years of experience as a head college football coach and has an overall record of 137-108 -4. He has successfully turned around four college programs. DeMeo is considered an offensive innovator for combining a passing attack with the option. His Triple Gun Offense has broken records everywhere he has been.

Tony DeMeo recently retired as the Head Coach of the University of Charleston after a extremely successful six year tenure. The Golden Eagles were 43-23 under DeMeo. He came to UC in 2005 and promptly turned the program around on and off the field. The 8-3 season marked the greatest turnaround in conference history and DeMeo was named D2.com WVIAC coach of the year.

DeMeo also had a successful turnaround at Washburn University in Topeka Kansas. He took over a program that had only 3 wins in the previous 3 seasons and had instant impact. In 1999 he led WU to its first winning season in 10 years and was named MIAA coach of the year.

DeMeo began his head coaching career at his alma mater, Iona College and compiled a 22-10-2 record including two conference championships. DeMeo was twice named Metropolitan Conference Coach of the Year in 1976 and 1977, and was inducted into the Iona College Hall of Fame in 1997.