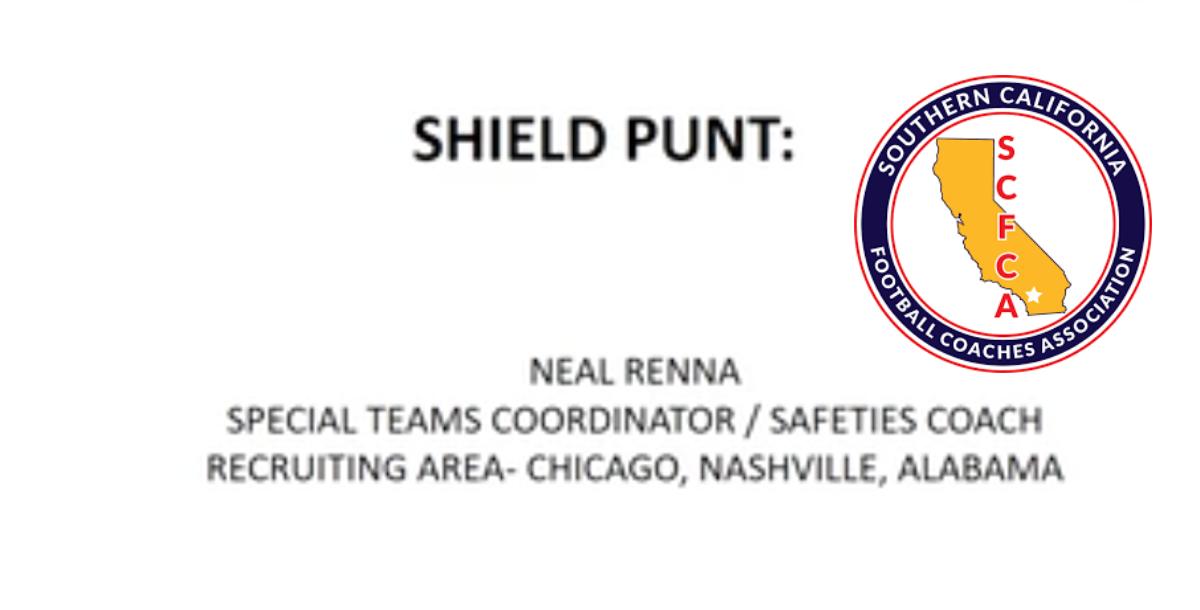 What is a Shield Punt?

The Shield Punt has been extremely efficient as a high percentage of coaches use the scheme in their game plan. It provides better coverage down the field. Players also have simpler block assignments. Coaches have been mixing a rugby style with a conventional drop and kick style, essentially putting a better athlete at punter. Making the ability for a fake punt a possibility. Not to mention a shield punt is quite nearly impossible to block.

It's vital to have a good punt team, as they are one of the most important units on the field. They decide the offensive starting field position of the opposing team. A bad or blocked punt might lead to a higher scoring opportunity for the other side. A great punt will result in the best defending starting point. Punts marking in the opposing teams ten yard line are golden.

Having a Shield Punt scheme can highly benefit your team. When done correctly, it becomes another weapon in your tool belt. Introducing Eastern Illinois Universities Neal Renna’s program..

Special Teams coordinator at Eastern Illonios University Neal Renna discusses the importance of an effective punting unit. He breaks down the Shield Punt and special teams philosophy. As well as calls, plays, coverages and net drills. Everything you need to create a special special team.

Neal Renna is the Special Teams Coordinator at Eastern Illinois University. In addition to coaching safeties. Coached defensive unit that ranked 30th in FCS in total defnse in 19'. Coached safeties that ranked 5th in tackles. Coached speical teams unit that ranked 2nd in kick return defense. Prior to his time at EIU, He worked as a defensive analyst at Missouri. Made an appearance in the Liberty Bowl. He coached NFL first round pick Charles Harris.