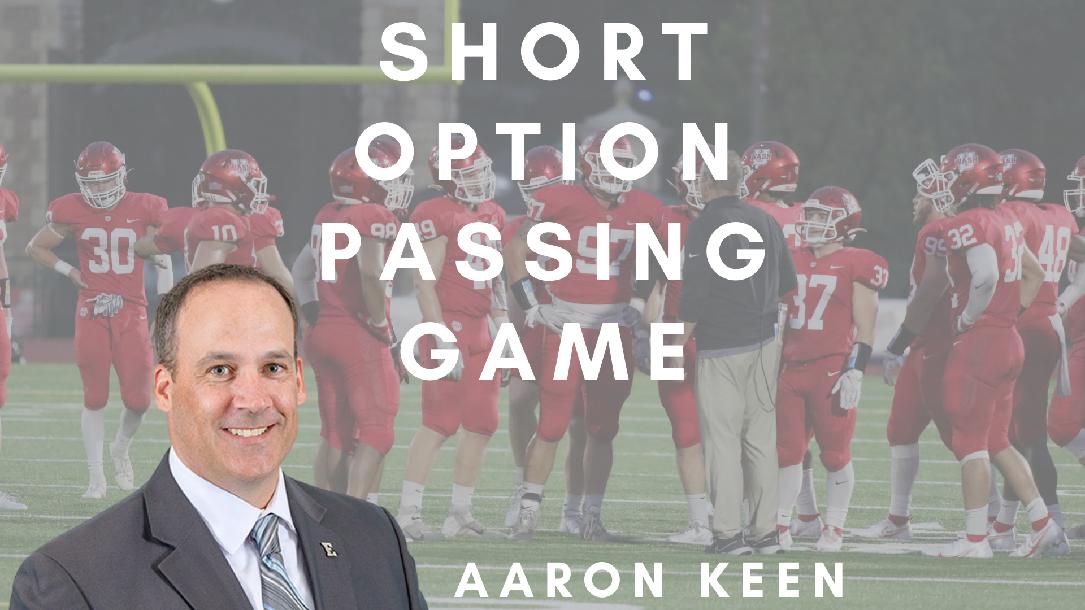 Short option passing is a great tool to add to any offensive arsenal. It's the perfect strategy to use when you're shy of a few yards. The option gives the quarterback the ability to go deep or find a receiver for a quick gain.

Simply click the ‘Book This Course’ button at the top right of this page, place your order, and you’ll immediately be logged into the training with full access. Take Coach Aaron Keen's short option passing game with you today!

Aaron Keen was announced as the Washington University in St. Louis football head coach on Jan. 6, 2020. Keen is a 1994 WashU graduate and former assistant coach. Keen is the 31st football coach in program history. He replaces Larry Kindbom, who retired after 31 seasons. Keen arrives on the Danforth Campus after spending the past six seasons at Eastern Michigan University. He served as the team’s offensive coordinator and quarterbacks coach the last three seasons. Prior to taking over the offense, he was the Eagles special teams coordinator and tight ends coach for three years. Keen helped Eastern Michigan to three Bowl appearances and was a part of one of the greatest turnaround stories in College Football. The 2016 EMU team tied the Football Bowl Subdivision mark for biggest turnaround, improving on their win total from one in 2015 to seven.