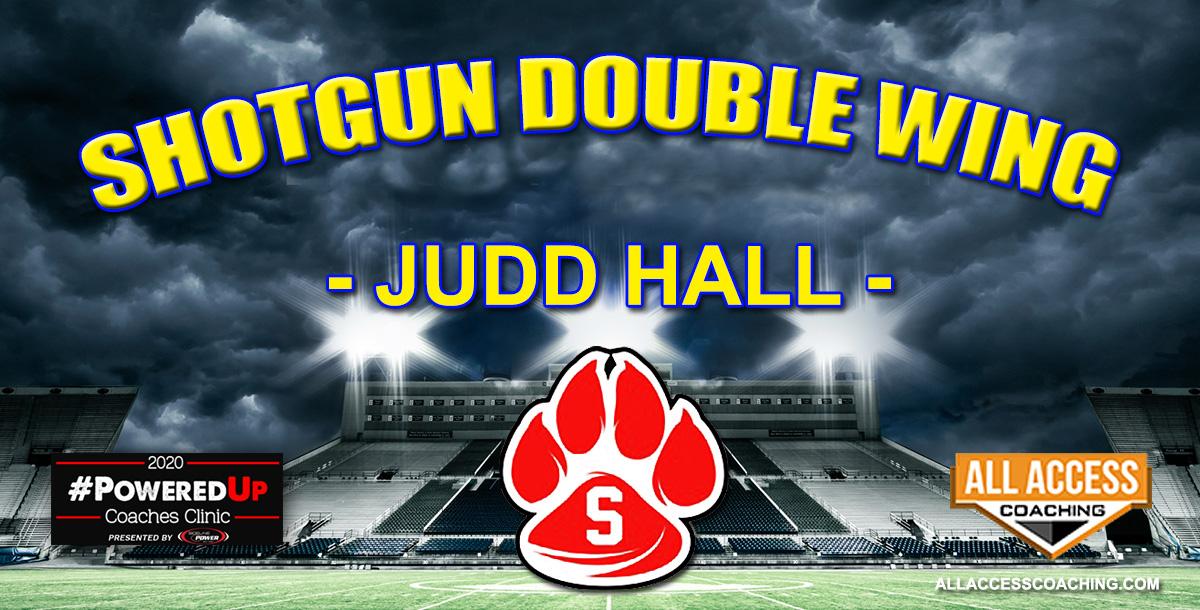 Even if you don't run this offense, it will help all the defenses facing SHOTGUN DOUBLE WING and SINGLE WING.

--> The offense has Power Deception, Tempo.

--> Hard to defend all gaps in a gap scheme defense

--> Double teams on every play

Coach Hall goes in great detail about what type of kid plays each position.

Also explains why this is a great offense for 7th and 8th graders.

IN-GAME ADJUSTMENTS:    Blitz pickup; Run Tunnel or Influence versus a Great End; False keys; What to do vs a wrong arm technique; Fast Flowing LB

After spending eight years as an assistant, the past six as an offensive coodinator,  Jud Hall was named head coach of the Bearcats’ head coach in 2018.  He was team’s defensive coordinator after joining the staff in 2010.

Scottsbluff’s offenses have thrived under the play calling of Hall. The Bearcats annually have enjoyed one of the top offenses in Class B. This past season’s offensive unit might have been the best as the Bearcats piled up a state-high 575 points on their way to finishing 12-1 and playing in the championship game.

After graduating from Midland Lutheran College in Fremont, Hall coached in Colorado and in Fremont. He moved to Scottsbluff in 2010. He was named the Star-Herald’s All-Region Assistant Coach of the Year in 2015. He’s also been an assistant in the West Nebraska All-Star Football Game.

Scottsbluff’s football program has developed into one of the gold standards in the state. The Bearcats have qualified for the Class B state playoffs nine consecutive years. This past season the Bearcats won each of their first 11 games by double figures before beating York 27-21 in the state semifinals. Despite a fast start in the title game against Omaha Skutt, the Bearcats dropped a 48-27 setback to the SkyHawks at Memorial Stadium in Lincoln.

Very Informative. Exactly what I needed and very in depth