Situational Football - 2nd Down, The Most Forgotten Down in Football 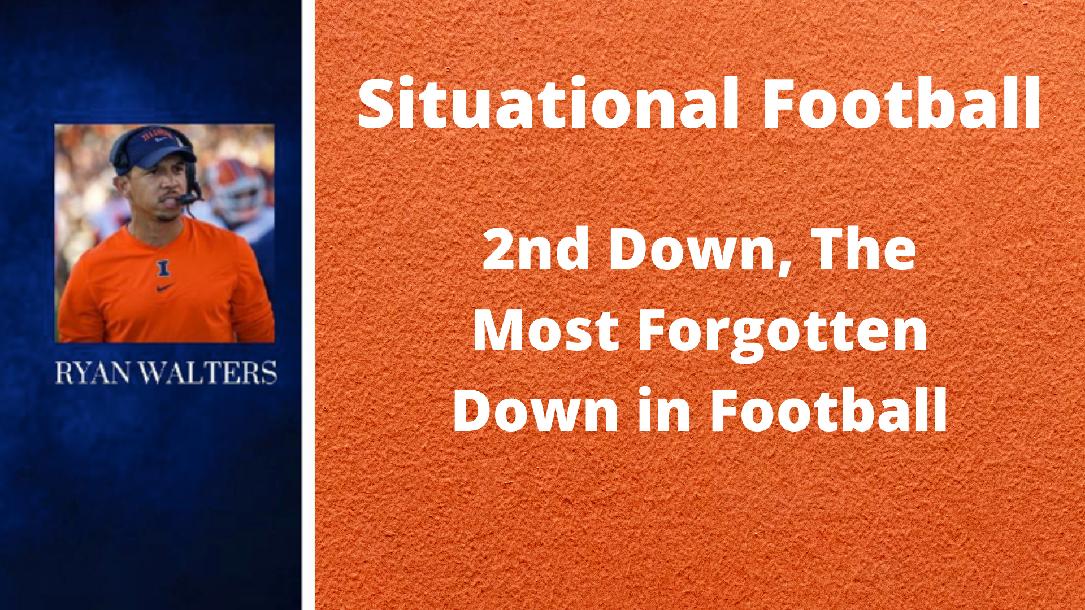 In this course, Coach Ryan Walters discusses situational football. Is the 2nd Down the most forgotten down in football? As well as an overview of how 2nd Down is Broken up and looked at tendency-wise at the University Of Illinois. He breaks down their approach to each situation.

Simply click the ‘Book This Course’ button at the top right of this page, place your order, and you’ll immediately be logged into the training with full access. Take Ryan Walters's tips and techniques to improve your downs in every situation today!

For the exceptional improvement, Walters was named a nominee for the Broyles Award, given to the nation's top assistant coach. He signed a three-year contract extension on Nov. 14, 2021.In April 2020, Walters was announced as one of 12 coaching participants in the National Coalition of Minority Football Coaches’ inaugural Coalition Academy, a first-of-its-kind mentorship program pairing influential athletic directors with minority football coaches.

You just booked "Situational Football - 2nd Down, The Most Forgotten Down in Football"