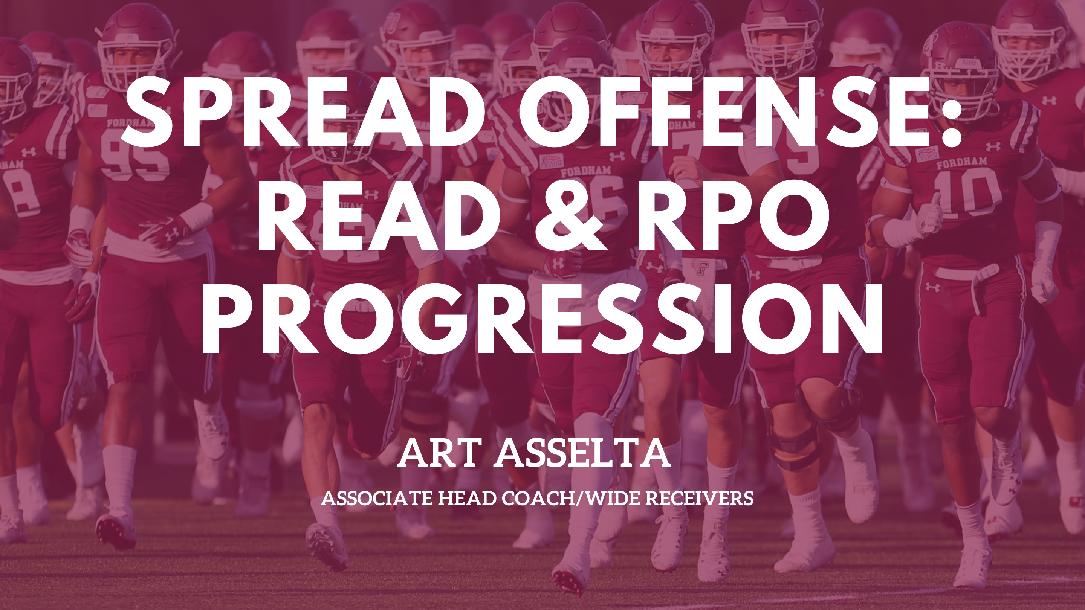 Simply click the ‘Book This Course’ button at the top right of this page, place your order, and you’ll immediately be logged into the training with full access. Learn how Coach Asselta utilizes the spread offense today!

Art Asselta, former assistant coach at Yale University, was named assistant football coach at Fordham University in February of 2020. He was promoted to associate head coach in the spring of 2021 and will also be responsible for the Fordham wide receivers in 2021. Asselta arrived at Fordham after spending six years as the wide receivers coach at Yale University, including five as the recruiting coordinator. Additionally, he served as the pass game coordinator for the Bulldogs in his final two years in New Haven. The Bulldogs won the 2019 Ivy League title with two wide receivers and quarterback Kurt Rawlings earning first-team All-Ivy honors. Rawlings was also named the Ivy League Offensive Player of the Year and the New England Football Writers Player of the Year.

High Completion Plays, 3rd Down Menu, and The Trick Play of the Day by Bobby Acosta
Views: 1306
$5