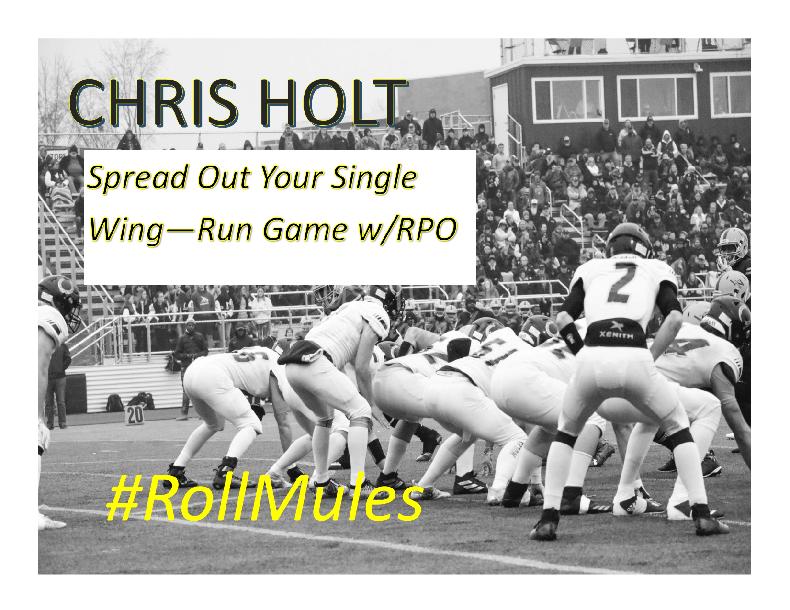 In this video, coach Holt will present diagrams, blocking rules and lots of video clips on the Spread Single Wing offense.  In this video, coach will discuss his 20 series package run game; complete with many RPO tags.  He will explain how he does this by maintaining his Wing T rules and principles with each play.

Coach Holt is the Head Football Coach at Lathrop High School in Missouri. Coach became the head coach at Lathrop in 2015. In the past five seasons, Lathrop has an overall record of 47 -14. In 2018 the Mules finished as the State Runner up at 14-1 and this past season they lost in the semi-finals with a 13-1 record. The Mules Wing -T and Single Wing Offense has averaged nearly 50 points per game the past two seasons.

Great info on blending offenses. You learn the blocking angles of the wing-t, the deception of the single wing and the versatility of the RPO game. Great stuff to have in your offensive arsenal.

Great material. Option reads with RPOs added to single wing offense with spread formations, Hard to prepare for along with power and deception of the base plays in the single wing.