TailBack Rocket Sweep out of Shotgun 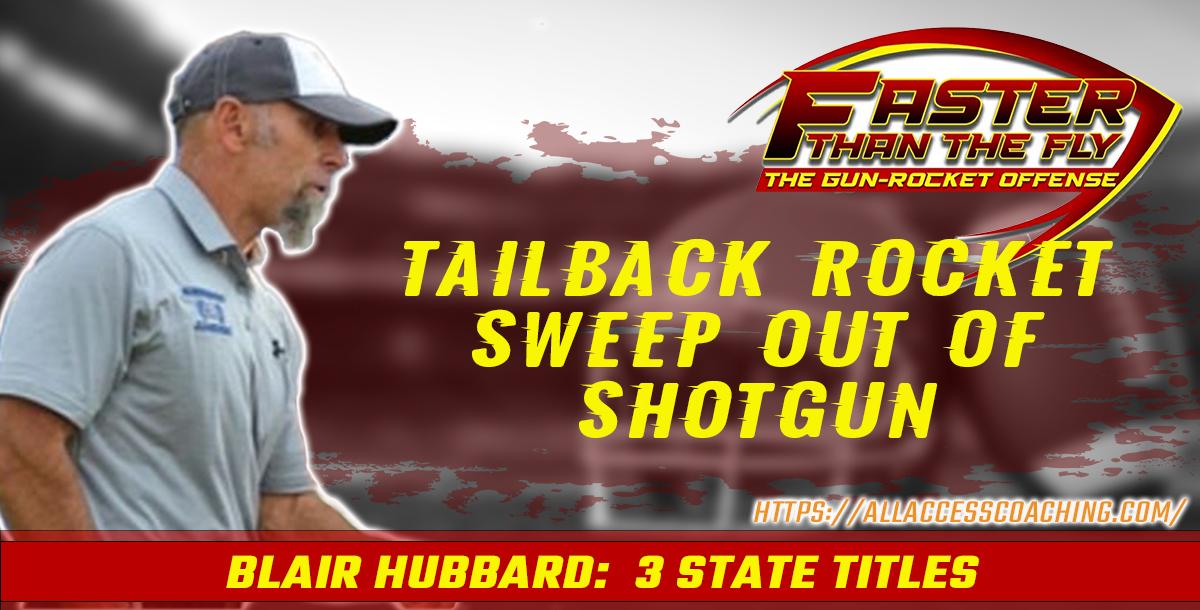 Tailback Rocket Sweep: Rocket sweep is the FASTEST Gun run scheme in football and puts tremendous strain on edge defenders to stop the sweep!  The Tailback Gun Rocket Sweep helps feature your Tailback on the perimeter using the Full Pull or Gut Mirrored Rcoket blocking schemes.  The Tailback motion to Rocket also sets up Tailback motion Down, Trap, Counter, and Play Action Passing.  The Tailback Rocket can be run to a trips set or to a 2x2 Spread side. This perimeter run scheme will be valuable in any Gun based offense to attack the perimeter.

Creator of the FASTEST perimeter Gun run scheme in football!!

This 3x State Champion, Hall of Fame inducted coach, one of the most successful and winningest coaches in the state of Colorado, has been a head coach for over 20 years. He has led three different programs, of different sizes and classifications, to the state playoffs. His unique offensive system has enabled him to speak at over 30 national football clinics: Glazier, Nike, National Wing-T, and others. He has helped install his offensive system at many schools around the country and is available to travel and assist teams with the install. High school and collegiate teams around the country have sought him out for install advice on his system.

Guided the following teams to...

You just booked "TailBack Rocket Sweep out of Shotgun"