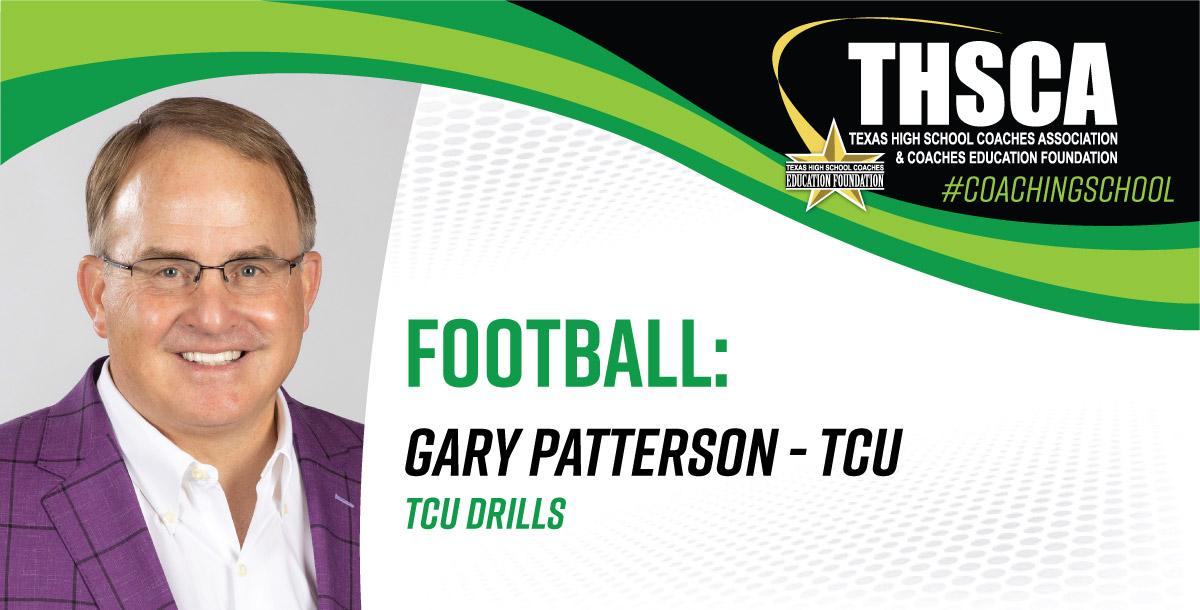 Since taking over the helm of the Horned Frogs in December 2000, Gary Patterson is synonymous with TCU football and Fort Worth.

Patterson, the Horned Frogs' all-time winningest coach with 178 victories, has received 22 national coach of the year honors. His most recent accolade came when he was selected as the 2018 recipient of the Gene Stallings Award.

Patterson led TCU to a 2014 Big 12 championship, in just its third season in the conference, and a 2017 Big 12 Championship Game appearance. TCU has won six conference titles, in three different leagues, under Patterson. He has also been the coach of the year in each conference.

Patterson became TCU’s career leader in wins with a 56-0 victory over Grambling State in the 2012 season opener, a game that also marked the debut of the rebuilt Amon G. Carter Stadium. The previous TCU mark of 109 wins was held by Dutch Meyer (1934-52).

As head coach, Patterson has coached 263 all-conference selections, 18 first-team All Americans, 22 Freshman All-Americans, two Academic All-Americans and a Rhodes Scholar. He has had 53 players drafted with a total of 129 in NFL camps.

Patterson's success on the gridiron is also mirrored in the classroom for his players. In eight of the last 11 seasons, TCU has been recognized by the American Football Coaches Association (AFCA) as one of the nation's leaders in its graduation rate for student-athletes.

Patterson’s defensive acumen dates back to his own playing days at Kansas State, where he played strong safety and outside linebacker for the Wildcats in 1980 and 1981. He served as a student assistant in 1982 and received his bachelor’s degree in physical education in 1983. He took the linebacker coaching position at Tennessee Tech while earning a master’s degree in educational administration in 1984.

A native of Rozel, Kansas, Patterson is married to the former Kelsey Hayes. He has three sons: Josh, Cade and Blake and three grandsons.