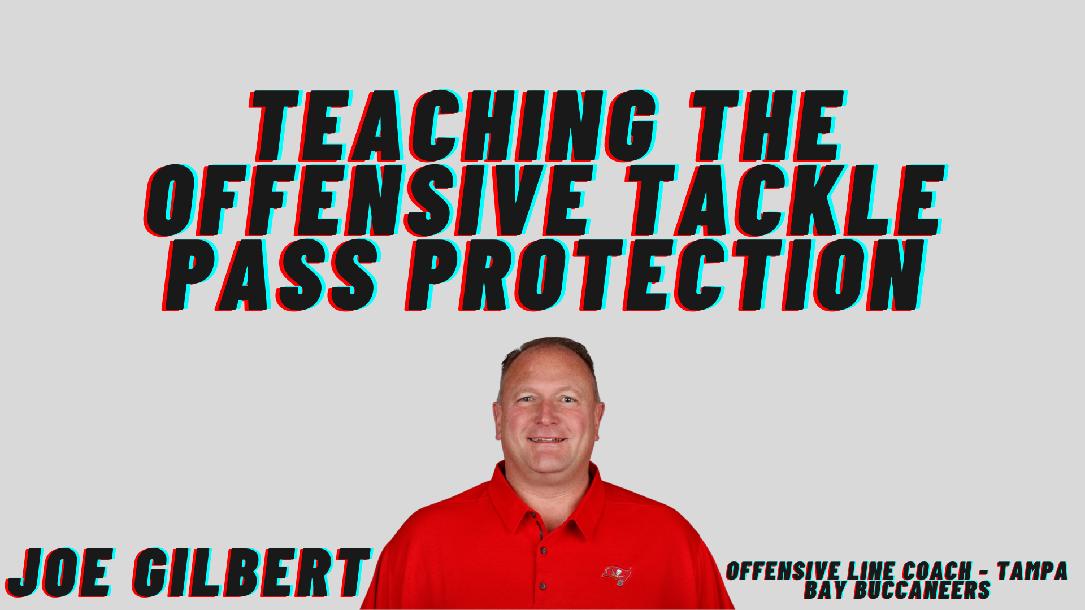 In this course, Coach Joe Gilbert talks about teaching pass protection to the offensive tackles. Coach breaks down sets such as vert sets, sift, TE side sets, and more. He demonstrates the techniques necessary for success.

Simply click the ‘Book This Course’ button at the top right of this page, place your order, and you’ll immediately be logged into the training with full access. Learn how Coach Joe Gilbert teaches pass protection to the offensive tackle today!

Under the direction of Gilbert and Assistant Head Coach/Run Game Coordinator Harold Goodwin, the Buccaneers possessed one of the NFL's top offensive lines in 2020, ranking second in sacks allowed per pass attempt (3.4%) and fourth in fewest sacks allowed (22). Tampa Bay did not allow a sack five times during the regular season – tied for the second-most games without allowing a sack by any team in 2020. The Buccaneer's offensive line also paved the way for running back Ronald Jones II to set a single-season franchise record with his 5.1 rushing yards per attempt. As a team, Tampa Bay ranked third in the NFL in points scored per game (30.8), fourth in passing yards per game (298.5), and seventh in total offense (384.1) during the regular season.

Gilbert helped coach an offensive line that aided the Buccaneers in leading the league in pass offense at 302.8 yards per game in 2019. Additionally, Tampa Bay ranked third in the NFL in total offense (397.9 ypg) and tied for third in points scored (28.6 ppg). Gilbert helped develop second-year guard Alex Cappa, who started all 13 games that he was healthy for in 2019, after playing in six games, with zero starts, as a rookie.