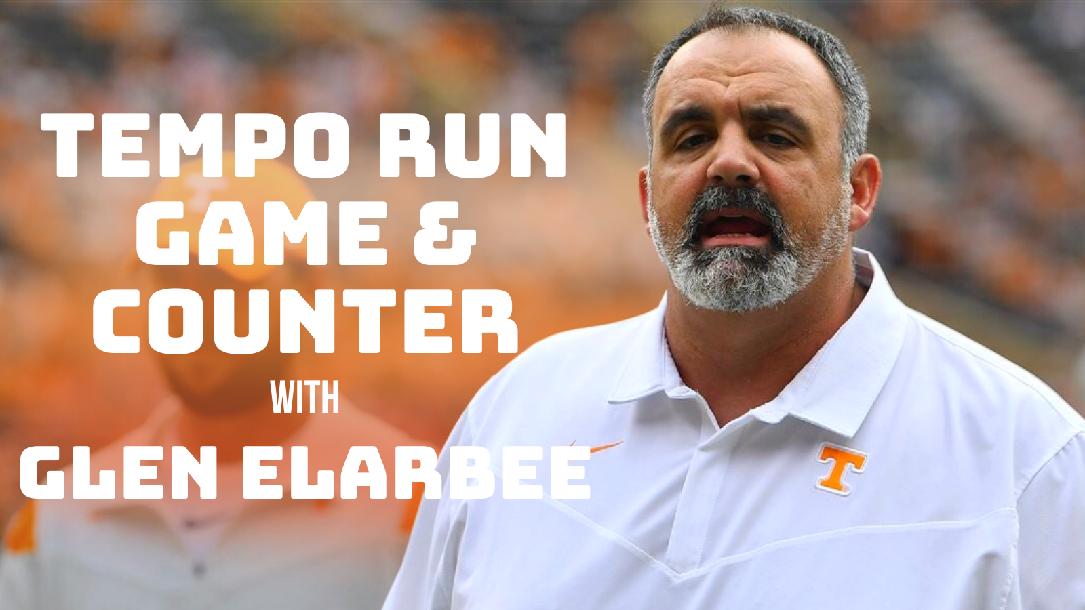 In this course, Coach Glen Elarbee discusses the tempo run game and counter. Coach breaks down the operation in the scrimmage, in-game mechanics, and practice planning. He demonstrates the use of the counter by providing game tape and more.

Simply click the ‘Book This Course’ button at the top right of this page, place your order, and you’ll immediately be logged into the training with full access. Learn how Coach Elarbee teaches the tempo run game and counter today!

Glen Elarbee arrives at Tennessee as one of the most established offensive line coaches in the nation. He returns to the Southeastern Conference after previous stops at LSU and Missouri and has worked alongside Josh Heupel for the last five seasons.

Under Elarbee’s direction from 2018-to 20, UCF’s offensive line flourished and paved the way for a rushing attack that ranked in the top 25 nationally and top three in the American Athletic Conference all three seasons. He joined UCF as offensive line coach in December 2017 and was promoted to assistant head coach for offense in the summer of 2019, a role he served for two seasons.

Elarbee’s first year in Orlando in 2018 was highlighted by one of the best offensive lines in program history, as the Knights repeated their undefeated regular season, won a second straight AAC championship, and reached the Fiesta Bowl. UCF set the program rushing record with 3,448 yards on the ground behind a powerful line, which was the eighth-best ground attack in the country.