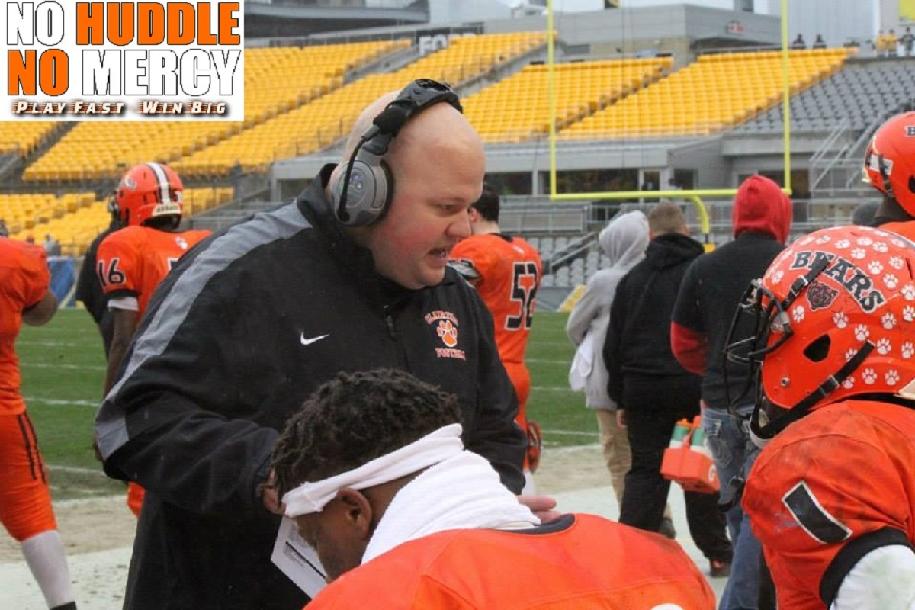 Add explosive tempo tricks and gadgets to your offensive system, as Coach Liotta details some of the concepts that he used while setting a Pennsylvania State Scoring Record in 2014.  Liotta's warp-speed no-huddle system led the nation in scoring with 958 points and finished second all-time nationally for points scored in a single season.

In this course Coach Liotta details how to incorporate gadget plays into your offensive system to create explosive scoring opportunities.  You will learn how to execute these concepts and when to trigger those playcalls in your gameplanning process.

Shawn Liotta brings 19 years of coaching experience at the high school, college, and professional level. A proven winner; Liotta has coached teams to 5 championships, 7 division or conference
titles, and has coached in 26 playoff games during his career. Coach Liotta spent 2014-2015 as the
Offensive Coordinator at Clairton High School where the Bears captured the past two WPIAL Titles and
compiled a (28-2) record. Liotta’s offense became one of the most prolific in the history of high school
football, averaging over (58) points per game, breaking the all-time PIAA scoring record, and becoming
the second highest scoring team in the history of high school football with (958) points in 2014. In
addition to his tenure at Clairton, Liotta has served as an assistant at Springdale High School, Yough High
School, Saltsburg Area, and McKeesport High School in addition to serving as the head coach at Line
Mountain High School and West Shamokin High School. Liotta was the running backs coach at
Duquesne University in 2003 helping the Dukes capture the NCAA D1AA Mid-Major National
Championship, and spent nine seasons as a head coach at the professional indoor level most recently
with the Erie Explosion where he led his team to two league titles and was a two-time league coach of
the year. Coach Liotta is a published author, consultant to programs across the country, and an indemand
national clinic speaker who has presented at the Nike Coach of the Year Clinic, Glazier Clinics,
Gulf Coast Coaches Clinic, and Ottawa Football Coaches Clinic. Shawn Liotta is a 2002 graduate of Robert Morris University, and is currently entering his first season as the Head Football Coach at Burrell High School.

Coach Liotta is one of the most gifted offensive minds in the game today. This course does a fantastic job of introducing the shifts, gadgets, and tricks of Coach Liotta's offense that can be incorporated into any offense with ease! Coach Liotta's installation is easy to follow and supported thoroughly with clips and additional materials. Don't miss out on the opportunity to get better!