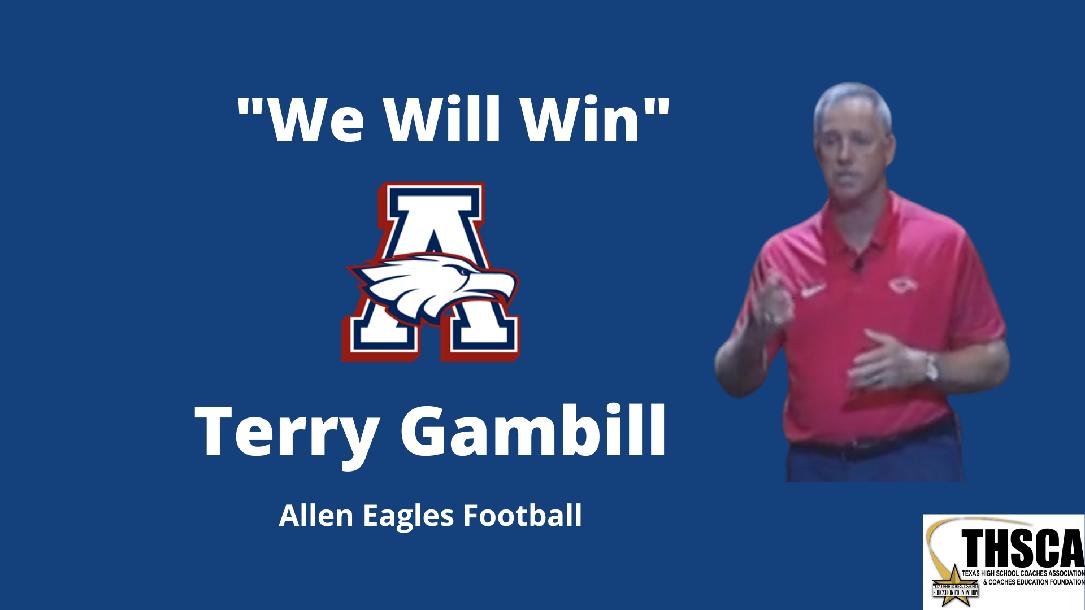 "We Will Win" is more than a motto to Coach Gambill, it's a way of life for him and his entire program at Allen Eagle High School. It was given to him by Coach Joe Martin back in 2001 and has continued to evolve ever since.

It is all about being the best at everything you do on and off the field. They strive for excellence in all aspects of their lives. Coach Gambill believes that you must EARN IT every day.

This 40-minute course is broken down into 5 modules:

Coach Terry Gambill is the head football coach & assistant athletic director of the Allen Eagles in Allen, Texas. Terry believes he is blessed to have his dream job at Allen High School as head coach, where he previously spent 9 years as defensive coordinator assistant head coach. Before re-joining Allen, he took his first head coaching position for 6 years at Waco Midway leading them to a 68-13 record.

Coach Gambill is a rare breed of coach. He coached under some of the best minds in Texas High School football for 25 years before taking up his first head coaching position to ensure that he was completely prepared for the task. He's a proven winner who is about getting the most out of every one of his players.

You just booked "Terry Gambill- Allen HS | We Will Win"