Football / Flex-Bone Send as a gift! 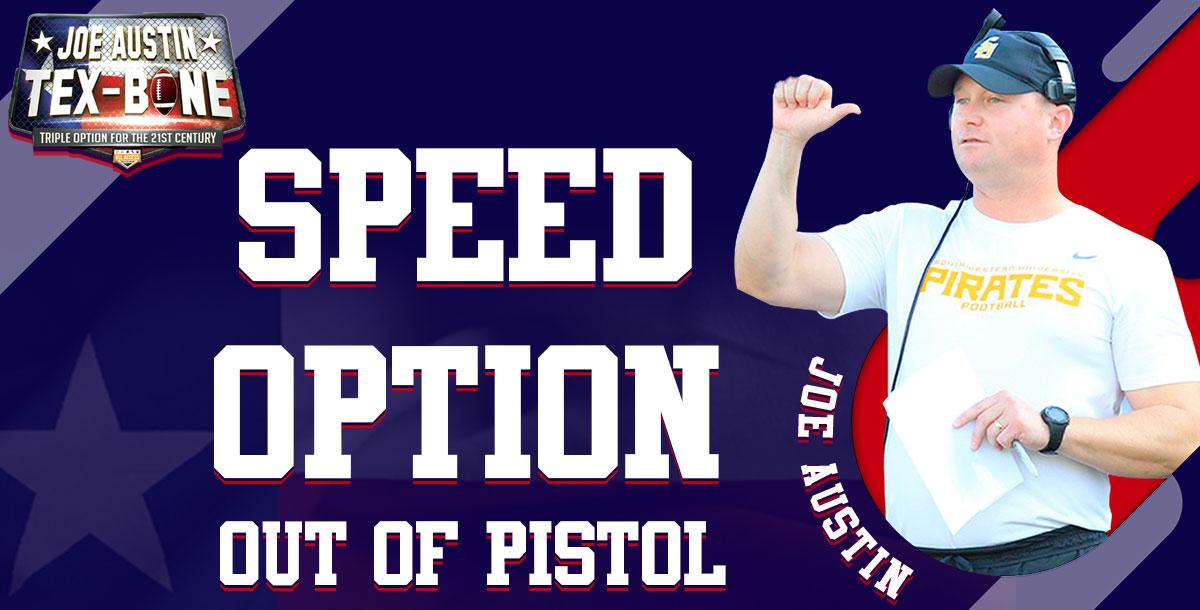 Speed Option evolved from the University of Nebraska I-Back to the Spread Offenses who eliminated the lead back altogether.

This play is a GREAT solution to defensive pressure and line game movements.

It is basically an Outside zone play with reach and scoop blocking.

--> Gets to the edge really fast.  This stops defenses from "back-gapping" or blitzing LB'ers into inside gaps.

--> Dissuades pressure and line games.  A defense who loops or twists away from the play is dead in the water.

--> Can be executed from any formation/personnel.

--> Multiple backfield alignments allowing you to be very multiple.

Head Coach Joe Austin rebuildt the football program at Hanover College before re-starting the program at Southwester University (TX) that was the dormant for 62 years. In 2016 Austin guided the Pirates to an undefeated 6-0 record in the Southern Collegiate Athletic Conference (SCAC). The championship marked the team's first football championship since 1941 and the team's 7-3 overall record was the best in more thean 70 years, earning Austin the conference's Coach of the Year award.

Excellent course. Even though this is a college coach, he doesn't make it complicated. And Austin gives so many ways to run this play. Great for high school and youth.

So many ways to run a play that has been around forever. Excellent course. Powerpoints & gamefilm were so easy to understand. I printed out the Powerpoint while watching the course

Great course and explanation. Loved the hi-def game video. It's well worth the money.

Another great course, with thorough explanation and perspective on the roll of this play in the offense. Can be a very effective "tweak" for a popular run play used in other offenses. The increasing dimension Coach Austin and his staff are giving to offensive football, to the spread, and to the option is fun to watch.